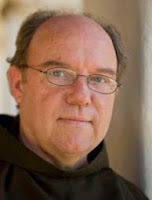 The medal will be awarded at a dinner after the Feast of St. Bonaventure Mass, scheduled for 4:30 p.m. in the University Chapel. Fr. Dominic Monti, O.F.M., will be the presider and preacher at the Eucharist.

An academic dean and former president (1988-1992) at the Franciscan School of Theology in Berkeley, Calif., Br. William has been a Franciscan friar of the Province of Santa Barbara since 1973.

Br. William will be on campus the week before the Feast of St. Bonaventure to lead a five-day seminar titled “Francis of Assisi: Early Sources — A New Vision.”

The seminar, set for July 7-11, focuses on the work of Br. William and other Franciscan scholars to edit and publish a three-volume series of early documents related to Francis that gave the English-speaking world more than 2,800 pages of texts for study, reflection and discussion.

“As a scholar, linguist, and teacher, Bill has worked closely with every dimension of the project,” said Br. Ed Coughlin, vice president for Franciscan mission at St. Bonaventure.

“He knows the texts on many levels and delights in sharing his knowledge of their significance and value. … His contributions to Franciscan scholarship have been invaluable. Bill is a very deserving recipient of the medal.”

Br. William, who has taught summer courses periodically since 1984 at the Franciscan Institute, has written numerous books, book chapters, articles and translations on Franciscan scholarship and history.

For more information or to register for the seminar, go to http://www.sbu.edu/sourcesfi14.

The Franciscan Institute Medal was established in 1987 to honor scholars who have made outstanding contributions to Franciscan Studies in the areas of theology, spirituality, philosophy and history.