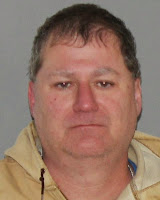 A man who fired several rounds from a shotgun while yelling threats, was later found to be driving with a blood alcohol content nearly 3 times the legal limit.

State police say 50-year-old Michael Czarnecki of Delevan, New York, was trespassing, and the owner told him to leave, which he did. But, he came back later, fired the gun, yelled the threats, and then left again. State police found him with the gun, and soon learned his blood alcohol contest was .23 percent.

Czarnecki is charged with reckless endangerment, trespassing and aggravated DWI. He’s scheduled to appear in Town of Yorkshire Court.