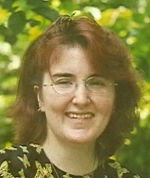 The family of Joey Lynn Offutt has increased the reward being offered for information leading to her whereabouts to $20,000. She has been missing from Sykesville, PA, since a fire destroyed her home on July 12, 2007.

In the early morning of July 12, 2007, authorities responded to a fire at Joey's
After the fire was put out, extinguished, the remains of Joey's 6-week-old son were discovered. Joey and her car, a red Saturn with Virginia license plates, were missing. Police found Joey's car four days later in State College parked at the Nittany Gardens apartment complex, where Joey had previously lived.

Joey's other two children, who were not at home at the time of the fire, are safe living with family.

After two years, and two airings on the TV show "America's Most Wanted", investigators from the Pennsylvania State Police still have had no substantial and credible leads in the case. The family requests the public's help by coming forward with information they may have that could lead to Joey being found.

If alive, Joey Lynn Offutt would 35 years old (she was 33 years old at the time she went missing), approximately 5' 3" with a thin build, and she has brown eyes and brown hair (with a reddish tone). She may or may not have been wearing glasses.

The family has also created a website to help bring public attention to Joey's disappearance. Visit FindJoey.org for additional information on this case or to contact Joey's family with information.
Joey Lynn Offutt