Opinion:
There is a Better Way 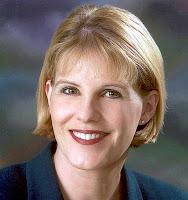 Albany continues to jam the accelerator to the floor, driving jobs and people out of the state with its suffocating taxes and out-of-control spending. Now, Governor Paterson has proposed a deficit reduction plan that would hike local property taxes. . . again.

There is a better way.

Last Spring, Governor Paterson and New York City-controlled Senate and Assembly Democrats muscled through the worst budget in our state’s history. It was crafted in secret behind closed doors without any opportunity for Senate and Assembly Republicans to contribute alternatives and solutions. In the Senate, we Republicans offered 18 amendments that would have eliminated all the new taxes and fees and wisely allocated federal stimulus dollars – unfortunately, all of our amendments fell short by only one vote.

Worse yet, the public were excluded from the process.

The state budget impacts the daily lives of everyone who lives here, whether you drive on roads or bridges, work at a small business, need hospital care, send your children to school, or pay your taxes. The public has the right to know what their government officials are up to. Unfortunately, the budget reform laws passed in 2007 that require openness and accountability were ignored.

Of course, when you have a terrible process, you end up with a terrible product. Taxes spiraled upward by another $8.5 billion – the hugest increase ever. Utilities, health insurance premiums, property taxes, car registrations, fishing licenses – the list totals over 100 new taxes and fees – have gone up, hurting families that already suffering from the recession. The newly-imposed highest personal income tax rate in the nation has exacerbated the problem, with New York’s highly mobile wealthiest citizens saying enough is enough, leaving for more business-friendly states.

Spending reached an all time high at about $132 billion -- $13 billion over last year’s amount – which is seven times the rate of inflation.

Now, “leaders” in Albany are scratching their heads, wondering why we have a multi-billion dollar shortfall mid-year.

You could see that car wreck coming from a mile away.

At least Governor Paterson has offered a plan to make mid-year budget adjustments, even though his proposals need to be adjusted so they don’t make the situation worse.

Unfortunately, the Senate and Assembly Democrats have failed to put any proposals on the table, and are dragging their feet to take any action. The longer the fiscal crisis is ignored, the more it will compound.

Senate Republicans have come up with a list of solutions that would cut spending, and not raise taxes or create chaos in school district. We would review the $2.2 billion in general fund spending that was added to the budget; cut agency non-personal services by 10 percent to save $480 million; freeze state purchases of recreational land to save $78 million; reinstate welfare and Medicaid fraud protections to save $34 million; and cut state agency contract balances by five percent to save $300 million.

The bottom line is that you can’t tax or spend your way out of a recession – you have to grow your way out of it. We need to have good-paying jobs for our families and career opportunities for our young people so they don’t have to leave.

Small businesses have led the way out of every modern day recession. We must make it easier, not harder, for small businesses to thrive. In our region, small businesses are the backbone that helps drive our economy. A recent study showed that 94 percent of all jobs in New York are created by small businesses. We must also focus on boosting agriculture and manufacturing.

We once were the Empire State because we had it all – a huge water supply, infrastructure, an industrious workforce, power sources like Niagara Falls – but these assets have been diminished because of our heavy tax burden and cumbersome red tape.

People and jobs continue to flee the state.

But we can get our economy humming again by restructuring our tax system so that it is more in line with other states that have become successful – Texas, North Carolina and Florida.

In fact, Chief Executive magazine ranked those states as the best states for job and business growth in 2009. Predictably, California was the worst, with New York not far behind and Michigan coming in third. A total of 543 CEOs nationwide evaluated each state on a variety of criteria, including taxes and regulation. It was no coincidence that the worst-ranked states also have the highest unemployment rates. Currently, New York’s jobless figures stand at about 9 percent.

Every day, I hear impassioned pleas from people in my district who are having a tough time making ends meet. Some have lost their jobs, and can’t take care of their families’ basic needs. They are cutting costs, eliminating everything non-essential, and reducing their spending. They can’t afford the heavy tax burdens that Albany has placed on them.

We need to change the direction of the state for their sake, and for the sake of our future. Right now, I am fighting to reform the Senate, grow the economy, roll back destructive tax hikes, pass a Constitutional spending cap, and restore balance to state government so that Upstate New York has a voice.

It is a fight worth waging. I fervently believe in our people and our communities, and that we can have a bright future if the right policies are put into place. Let’s bring back the Empire State.