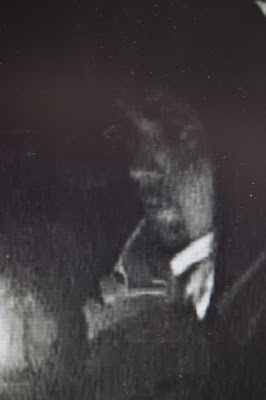 Bradford City Police have released this photo of one of the two males who broke into Save-A-Lot on Forman Street early Thursday morning.

Police Chief Chris Lucco says if anyone recognizes this person, they should call the city police station at 368-6133 or McKean County Control at 887-4911.

Lucco tells WESB and The HERO that two males broke glass on the doors to get into the store and, once inside, did "substantial damage" to the office area and an ATM.

This is the second time the store has been burglarized in recent months. Yesterday's break-in happened on the day that owner Bill Larson received the Bradford Area Chamber of Commerce 2011 Exemplary Business award.