Man PIcked Up for Second Robbery 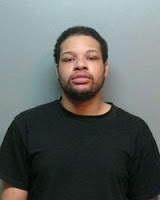 A Jamestown man was picked up at the Chautauqua County Jail on an arrest warrant stemming from robbery charges in Randolph.

Deputies didn’t provide details about the Randolph incident, but Williams was in jail in Chautauqua County in connection to a robbery and assault last month.

Williams and three other men allegedly broke into a home, held a couple at gunpoint and kicked, punched and pistol whipped the man.

The original news leader of the Twin Tiers ...
since 1947
Cattaraugus County Chautauqua County