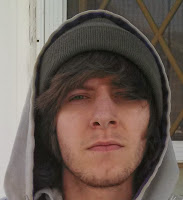 The Bradford man charged with the burglaries at St. Bernard’s Church and The Farm Family Restaurant is behind bars.

On Monday city police released 19-year-old Derek Steck’s name and picture, after filing burglary and other charges against him for those burglaries, as well as break-ins at the First Presbyterian Church and The Learning Center

Steck was arraigned late this afternoon and sent to McKean County Jail on a total of $150,000 bail.