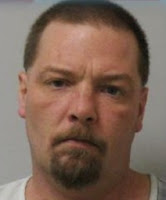 A Little Valley man has pleaded not guilty to rape and other charges.

45-year-old Robert Case is accused of breaking into a Town of New Albion building on January 31 and raping a person. Case is also charged with burglary, assault, strangulation and unlawful imprisonment.

His case has been adjourned for motions, according to information sent to WESB by the Cattaraugus County DA's office.