Attempted 'Suicide by Cop' in Kane

May 30, 2014
Police believe a man was attempting “suicide by cop” when he told a Kane Borough Police officer to shoot him Thursday night while he was holding two knives. 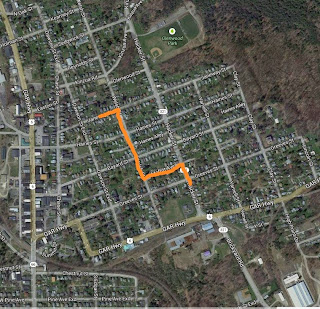 Officer William Nichols says he was called to Janeway Street at 7:10 p.m. for a report of a person breaking windows out of the house. When he got there, he saw the broken windows, heard a man inside screaming and saw a blood trail leading from the porch to the door. Then 42-year-old Larry Walker II walked out with two knives in his hands, according to papers faxed to WESB by District Judge David Engman’s office.

Nichols immediately called for backup, and repeatedly asked Walker to drop the knives while walking backward and keeping about 15 feet between himself and Walker. The incident moved from Janeway, to Welsh Street, then to Moffit Avenue and onto Hacker Street. Steve Hale of the Mount Jewett Police Department was eventually able to use a stun gun on Walker.

At Kane Community Hospital Walker made threats to people who were there, and others who were not there. He also spit on hospital personnel while being treated.

Charges of felony aggravated assault and misdemeanor terroristic threats and recklessly endangering another person have been filed in Engaman’s office. He has not been arraigned yet.