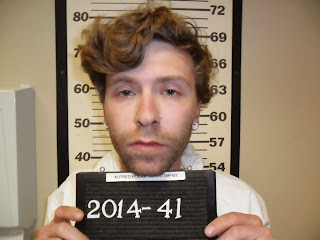 One man is dead and another is in jail for stabbing him early this morning in Alfred.

Police say they were called to a trailer park on Waterwells Road at around 3:40 this morning and found 29-year-old Jacob Gray of Farmington, New York, dead of stab wounds.

26-year-old Roy Martinez is charged with second-degree murder and first-degree manslaughter and is in Allegany County Jail without bail.