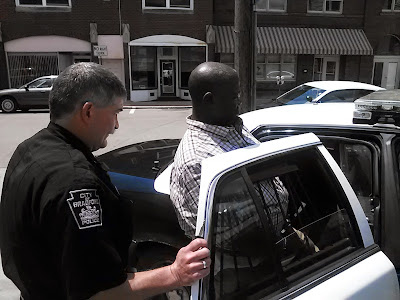 A Columbus, Ohio, homicide suspect is in McKean County Jail after City of Bradford Police found him on Mechanic Street this morning.

Chief Chris Lucco says the United States Marshal Service contacted city police this morning and asked for help in finding 37-year-old Robert Tucker, who was believed to be in the area. City police and marshals checked numerous locations in the city before finding Tucker at 96 Mechanic Street.

Tucker allegedly shot and killed a man during a robbery in Columbus, and then fled to West Virginia, where a female co-defendant was apprehended. Law enforcement had information that Tucker then came to Bradford, then traveled to Buffalo and back to Bradford.

Tucker was taken into custody without incident and charged by city police as a fugitive from justice. He was taken to McKean County Jail without bail and is awaiting extradition to Ohio.