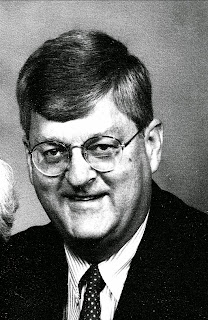 Mr. Beeman was a 1957 graduate of St. Bernard High School. In September of 1957 he enlisted in the United States Army and was trained as a Combat Medical Corpsman. After three years of service he was selected for a lengthy training program conducted by the Central Intelligence Agency and the US Army, preparing him to become Counterintelligence Special Operations Officer targeted against the intelligence services of the Soviet Union and its allies. He served operational tours of duty in Connecticut, Paris, France, two tours in the Republic of Vietnam, Washington D.C. Oslo, Norway, Berlin, Germany and retired from active duty as a Major, at Fort Bliss, Texas. He was awarded the Bronze Star Medal with one Oak Leaf Cluster, Army Commendation Medal with one Oak leaf Cluster, Army of Occupational Medal (Germany), National Defense Service Medal, Vietnam Service Medal, RVN Campaign Medal; Vietnamese Cross of Gallantry Medal w/palm and 2 Meritorious Service Medals.

He subsequently earned two degrees in Academic Management and served as a Department Manager at Texas Tech School of Medicine, in El Paso, Texas and at Georgetown University School of Medicine, Washington, D.C. before retiring in 2000 and moving to Bradford.

After five years of study at Gannon University he was ordained into the Diaconate of the Roman Catholic Church, by Bishop Donald Troutman and was assigned to St. Bernard Church from which he retired due to illness in 2012.

He dedicated his life to the service of the Catholic Church, especially as a teacher of faith at the University of Pittsburgh, Bradford Campus and at the McKean County Federal Correctional Institution.

He owed his wife, Kathleen, the motivation and inspiration for his life and loved her deeply from the time they met when they were 17 years old until the day he died. He was most proud of his four sons and what they have accomplished in life.

Deacon Gerald J. Beeman will lie in repose on Wednesday, July 2, 2014 in St. Bernard Church, 98 East Corydon St., Bradford, PA 16701. Parishioners and friends may call after 3:00pm and until 9:00pm at the Church. Parishioners and friends may also attend a Mass of Christian Burial at St. Bernard Church, at 11:00am on Thursday, July 3, 2014, with The Most Rev. Lawrence T. Persico JCL, Bishop of Erie and Rev. Raymond Gramata, pastor as con celebrants. Committal Services and full Military Honors will be accorded in St. Bernard Cemetery. Funeral arrangements are under the direction of the Hollenbeck-Cahill Funeral Homes, Inc.

On line condolences may be made at www.hollenbeckcahill.com