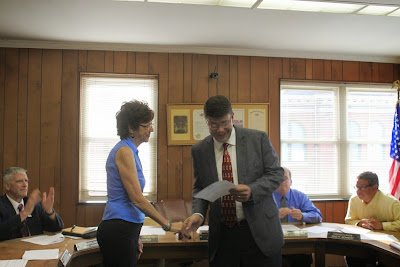 You can take the "acting" off Teri Cannon's title as Bradford City Council voted to make her city administrator during a special meeting late this afternoon. 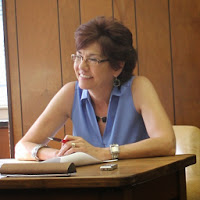 After council voted Cannon into the position Mayor Tom Riel noted that she is a fourth generation city employee, with her family having served Bradford for more than 80 years. She has been employed by the city for 23 years. Her father, Ed Sutherland, worked for the city for 31 years, most recently as director of the public works department until his retirement.

Riel also read a letter from John Peterson, who retired as city clerk after 14 years in that position, and 28 with the city fire department. (The city no longer has a clerk position, as it has been replaced with the administrator.)

Peterson wished the city’s first administrator the best and says he’s confident she will be able to lead the city for many years to come.

Council also approved a payment of $4,963 to Preservation Pennsylvania for its services in preparing the Downtown Bradford Historic District Resource Inventory update. The city received a grant which will reimburse 50 percent of the cost of the project.

DT Dave said…
Congratulations! Teri Cannon
Hard Work & Dedication DO Pay Off Eventually...GREAT JOB!
Thank You for your Dedication!
"Together We ARE Building A BETTER Bradford"
DT Dave
July 30, 2014 at 6:15 AM