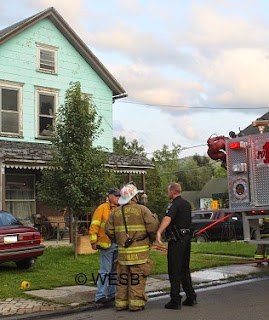 A domestic incident led to a fire that injured two people Tuesday night in Bradford.

City firefighters say the fire at 253 Congress Street was contained to the second floor bedroom, where it started when a juvenile set a mattress on fire.

The homeowner, James Gould, was taken to BRMC for treatment of smoke inhalation and singed hair. His wife Karen suffered an ankle injury and was also taken to BRMC.

The juvenile was taken into custody.