July 16, 2014
You’ve probably heard the term “cash cow.” Well, this guy got lots of cash for some cows – but the problem is they weren’t his to sell. 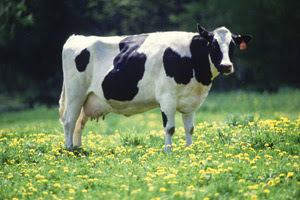 28-year-old Timothy Deland of Sherman, New York, has pleaded guilty in federal court to selling more than $110,000 worth of cows.

The US Attorney’s office says that back in 2008 Deland got a loan for about $213,000 from the Farm Service Agency to buy cows from the farm where he worked, using the cows and some machinery as collateral. In 2011 he petitioned the FSA to move the cows to Tennessee, but the petition was denied. Over the next 10 months he sold 90 cows to livestock companies and individuals event though they still technically belonged to the FSA.

The FSA told him repeatedly that the cows and equipment were unaccounted for, and he needed to make a report to them. After being interviewed by federal authorizes, he was charged with theft of mortgaged or pledged property.

He faces up to five years in prison when he’s sentenced November 3.