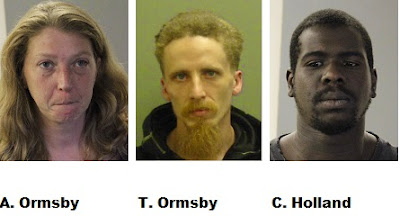 Three people are in jail after police stopped them because their car had a cracked windshield.

The three Jamestown residents were each charged with criminal possession of a controlled substance and marijuana, and then sent to Chautauqua County Jail on $10,000 cash bail each.