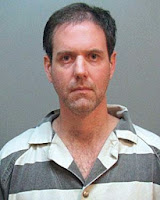 A jury has found a man guilty of manslaughter for beating and strangling an elderly Fredonia woman to death four years ago.

Jason Wells, also of Fredonia, had been charged with second-degree murder as well as manslaughter.

The case defense attorney Lyle Hajdu presented was intended to bring into question Wells’ mental state when he killed 81-year-old Ruth Fisk in her apartment.

Hajdu has two weeks to enter motions before the judge sets a sentencing date.