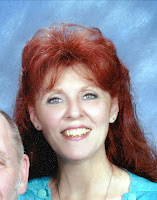 Adrianne R. Magnella, 61, of 145 Looker Mountain Trail, formerly of 129 Williams St. passed away Monday, August 18, 2014 after a courageous battle with Amyotrophic Lateral Sclerosis (ALS) or Lou Gehrig's Disease at the family residence in the arms of her mother and her uncle.

Born May 24, 1953 in Bradford, she was the daughter of the late Anthony Magnella and Gisele (Meissner) Magnella, who survives.

She was a 1971 graduate of Bradford Central Christian High School. She received an Associate's Degree from Edinboro College and also attended The Wilma Boyd School of Air Travel.

Prior to her move to Washington, D.C., she worked in various capacities for the J.C. Penney Company in Bradford.

Upon returning to Bradford, she owned and operated Cin-Cin Biscotti, a pastry catering business.

She was a member of St. Bernard Church, The Catholic Women's Club and The LaStella Auxiliary.

Adrianne loved baking, gardening and taking care of dogs, whom she referred to as her four-legged children.

Her mother and uncle will be receiving friends from 3-5pm & 7-9pm Friday, August 22, 2014 in the Hollenbeck-Cahill Funeral Homes, Inc., 33 South Avenue, where a prayer service will be held at 9:30 AM, Saturday, August 23, 2014, followed by a 10 AM Mass of Christian Burial in St. Bernard Church, with Rev. Raymond Gramata, Pastor, as celebrant. Committal services and burial will follow in the Magnella Family Plot in St. Bernard Cemetery.

Memorial contributions, if desired, can be made to the McKean County VNA and Hospice, 1223 East Main St., Bradford or St. Bernard Church 98 East Corydon St., Bradford, or the Seventh Day Adventist Church P.O. Box 257 Derrick City, PA 16727 or to the charity of the donor's choice.