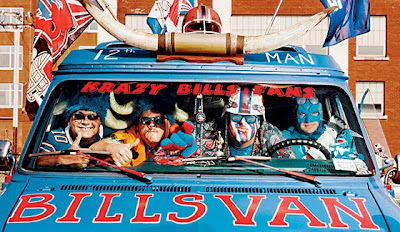 The founders of the Buffalo Bills fan support group Bills Fan Thunder will be delivering 13,000 letters to the team from fans pledging strong support for an ownership group committed to keeping the Bills in Buffalo, but vowing to never support the team again if it’s moved to Toronto.

When Jon Bon Jovi announced he wanted to buy the team and suggested he may move it to Toronto, the group's Bon Jovi Boycott was written up in Sports Illustrated, USA Today, the New York Times and 300 other media outlets.

Also on hand will be Bills Superfans featured in the article “Jon Bon Jovi is the Most Hated Man in Buffalo” that appeared in the July issue of New York magazine.

The news leader of the Twin Tiers ... since 1947
Buffalo Bills Jon Bon Jovi