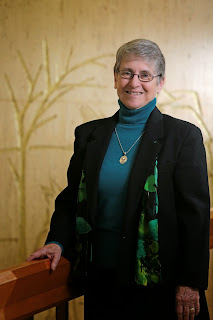 “Sr. Margaret personifies a college president who does it all, from fundraising to campus construction to community involvement,” said Jack Connors, publisher and president of Buffalo Business First. “As the 20th university president and the first woman president, Sr. Margaret exemplifies the successful CEO in today’s world.”

Sr. Margaret has served as university president since 2004. Prior to being inaugurated, she served as the dean and director of the Franciscan Institute of St. Bonaventure. Her early work included years of secondary education, leading administrative positions in the Diocese of Pittsburgh and her religious order. In addition to these full-time commitments, she lectured extensively in the United States, Ireland, England, the Philippines and Europe.

“The university’s Board of Trustees is thrilled to see Sr. Margaret’s leadership and extraordinary accomplishments recognized by Buffalo Business First,” said Raymond C. Dee, chair of St. Bonaventure’s Board of Trustees. “She has selflessly shared her gifts not only with St. Bonaventure University, but also with the entire Western New York region for more than a decade, and we are grateful to the selection committee for recognizing her with this tremendous honor.”

During her term as president, Sr. Margaret has been responsible for major initiatives in academic assessment, new construction and renovations on campus totaling more than $40 million dollars. Her presidency has focused on the centrality of the Franciscan mission and the university’s role as a leading international resource for the Franciscan order, the importance of improving trust and integrity in relationships of all sectors of the campus community, and the transformation to a learner-centered pedagogy and the maturation of a surge of service-learning activities.

Sr. Margaret will be honored at a Sept. 16 luncheon at Salvatore’s Italian Gardens. Also being recognized at the luncheon are 26 Western New York women who are being honored with the Women of Influence Award.

A panel of past Women of Influence winners selected the honorees.