October 10, 2014
Representatives from CASA of McKean County have launched a fundraising campaign to raise money to provide much-needed stability and support for neglected and abused children in the county. 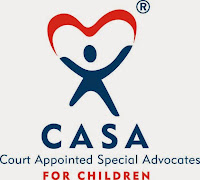 Officials with CASA of McKean County, which stands for court-appointed special advocates, hope to raise $150,000, which will be used for the next three years to operate the program. CASA of McKean County representatives will be sending letters and making personal contacts to raise the funds in the hopes of reaching their goal by the end of November.

While a CASA program is new to McKean County, it’s not new to other counties in Pennsylvania or other states in the nation. CASA programs are comprised of trained community volunteer members who are appointed by a judge to represent the best interests of abused and neglected children during a dependency case.

Children in placement often experience significant and potentially disruptive changes. They may have multiple human service and child welfare professionals in their life, and experience transitions that add additional trauma. Recognizing that all children need stability, a CASA volunteer can help provide consistency and advocate for the best interests of the child.

“This program is desperately needed in our county,” said Bob Esch, CASA of McKean County board president. “As a society, we share a fundamental obligation to ensure that the basic rights and needs of every child are met. For many neglected and abused children, their CASA volunteer is the only consistent adult present in their lives, and that single volunteer can often be enough to break the cycle of violence and neglect.”

Last year in McKean County there were 915 reports of suspected child abuse and/or neglect. Currently there are 82 children whose parents or caretakers have struggled with managing their behaviors or, in extreme instances, have abused them. The goal is to provide those children with needed stability by either improving how parents and caretakers provide safe and adequate care, or to identify a permanent family who can provide that care. This is often a long and difficult task, and CASA can help navigate the way for children.

“Every child who cannot live safely at home deserves a CASA volunteer. This voice is needed for our most vulnerable children. They need a safe and stable environment in which to live.” Esch said. “These children need our help.”

One child who bobbled through the system was a girl named Danielle, who was 2 years old when she first entered the foster care system. She experienced 35 different placements, bouncing from home to home, until she was permanently adopted nine years later.

“Perhaps if Danielle had had a CASA volunteer, she might not have struggled with so many life disruptions and may have had improved outcomes.” Esch said.

Less time in foster care is one of several tangible advantages children experience when they have a CASA volunteer. According to the National CASA Association, children who have a CASA volunteer on average spend about eight fewer months in foster care. Additionally, those children are more likely to find a safe, permanent home; receive needed therapy, health care and education; and behavior better in school and pass all their courses.

For more information or to make a tax-deductible contribution, contact CASA of McKean County at 887-4020 or visit www.mckeancountypa.org/casa.aspx.