Harrisburg – Governor Tom Corbett signed House Bill 1654 into law at an event in the Capitol today, expanding newborn screening requirements to assist in early detection measures that will help to improve care for children diagnosed with certain rare disorders.

Corbett was joined by prime sponsor of the bill, Rep. Angel Cruz (D-Philadelphia); other members of the General Assembly; Secretary of Health Michael Wolf; and Physician General Dr. Carrie DeLone.

“It is an honor to sign this bill, which will help to improve and hopefully save the lives of some of Pennsylvania’s most vulnerable population – our children,” Gov. Corbett said. 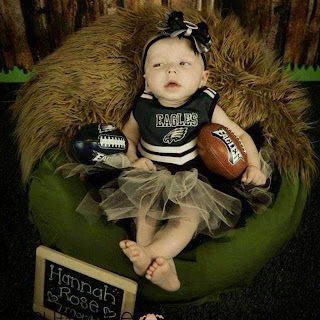 The new law will require physicians, hospitals and other institutions to add certain lysosomal storage disorders to the list of diseases for which newborn children are screened. Health care providers will now be required to test children for Globoid cell leukodystrophy (Krabbe disease), Fabry, Pompe, Niemann-Pick, Gaucher and Hurler Snydrome.

“With this new law, our medical community will be able to detect these rare disorders earlier, identify treatment, and prolong the lives of Pennsylvania’s children,” added Gov. Corbett. “We owe these children and their families a fighting chance.”

The new act has also come to be known as Hannah’s Law, in honor of Hannah Ginion, daughter of Vicki Pizzullo and Justin Ginion of Bristol Township, Bucks County. Born in January 2013, Hannah had slowed development and eventually began to refuse to eat. Hannah’s parents took her to the Children’s Hospital of Philadelphia for numerous tests, and she was eventually diagnosed with Krabbe Disease on June 17, 2013. By that time, it was too late to try a cord blood transplant, which could have slowed or stopped the disease’s progression.

Hannah’s mother spoke at the event in the Capitol, noting that is unlikely she will live past the age of 2. Physician General Dr. Carrie DeLone also read a statement from Pro Football Hall of Fame Member and former Buffalo Bills quarterback Jim Kelly, whose son Hunter died of complications from infantile Krabbe disease, and who has been advocating for increased newborn screening through a foundation called Hunter’s Hope.

“When my son Hunter was diagnosed with Krabbe Leukodystrophy in 1997, there was no hope for treatment to stop this devastating and fatal disease. Thankfully, because of children like Hannah and Hunter, this will no longer be the case for children born in Pennsylvania. Through Hannah’s Law all babies will be screened for Krabbe Disease at birth, giving them the opportunity for life-saving treatment,” Kelly said. “I’m proud of Governor Corbett and my home state for understanding the importance of early detection through Krabbe newborn screening. Because of Hannah’s Law, future babies born in Pennsylvania will have the chance at the healthy life they deserve.”

“I want to thank both the Ginion and the Kelly families for their collective commitment and dedication to this cause,” Gov. Corbett added. “This bill gives other families like them a reason to hope and a chance for their childrens’ futures.”

Picture of Hannah from the Hope for Hannah Facebook page.