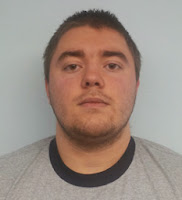 A man has pleaded guilty to sharing child pornography online.

19-year-old Christian Imperial of Warren is accused of having media files on his computer that depicted children younger than 18 engaging in sexually graphic acts and poses. Agents with the state attorney general’s office say Imperial’s computer contained hundreds of files of child pornography.

A review by the Sexual Offender Assessment Board has been ordered and sentencing has been tentatively scheduled for November 3.