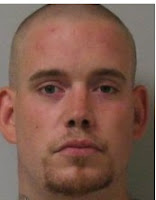 A man convicted for having sex with a teenager three years ago has pleaded guilty to another child sex abuse charge.

He’ll be sentenced for the latest charge on February 17.