Murder Charges Filed in Cold Case
From 1991 in Clinton County 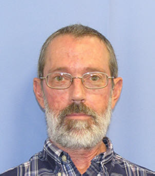 “For more than two decades, investigators have worked to bring to justice the man responsible for Kathy Heckel’s disappearance,” Attorney General Kane said. “This is a testament to the commitment and collaborative efforts of local, state and federal law enforcement agencies. We hope that the arrest of Loyd Groves brings some relief to her family, friends and colleagues. We will fiercely pursue these charges.”

The Office of Attorney General opened the current investigation in November 2013 following a referral from the Clinton County District Attorney’s office, which is the culmination of previous investigative efforts spanning almost 25 years.

Evidence was gathered by the Pennsylvania State Police and Federal Bureau of Investigation and presented by the Office of Attorney General to a statewide investigating Grand Jury, which recommended the charges being filed today.

For more on this story you can go to AttorneyGeneral.gov.