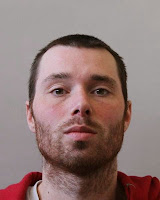 The man who says he robbed the Dan Horn Pharmacy in Olean Tuesday is behind bars.

Police 27-year-old Shawn Deahn of Olean confessed to the crime. He was sent to jail on $5,000 bail.

Deahn did not show a weapon during the robbery, but gave the clerk a note demanding Suboxone pills. After getting four pills, he ran away, but turned himself in on Thursday.