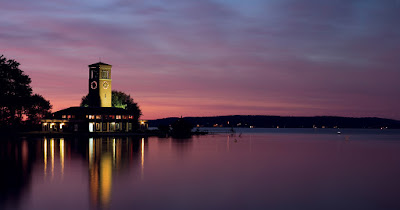 Chautauqua Institution today announced the establishment of a new literary prize. The Chautauqua Janus Prize will be awarded for the first time in 2018, celebrating an emerging writer’s single work of short fiction or nonfiction for daring formal and aesthetic innovations that upset and reorder readers’ imaginations, historical narratives, and literary conventions. In addition to receiving a $2,500 award, the winner will give a lecture on the grounds during the summer season and appear in a forthcoming issue of the literary journal Chautauqua. The prize is funded by a generous donation from Chautauquans Barbara and Twig Branch.

Named for Janus, the Roman god who looks to both the past and the future, the prize will honor writing with a command of craft that renovates understandings of both. The 2018 winner will be selected by guest judge Kazim Ali, author of a forthcoming book of poems, Inquisition, and a forthcoming hybrid memoir, Silver Road: Essays, Maps & Calligraphies. An associate professor of creative writing and comparative literature at Oberlin College, Ali will also give a lecture on the Chautauqua grounds during the 2018 summer season.

“We are elated to launch the Chautauqua Janus Prize and to grow the ways Chautauqua Institution lifts up writers who will shape the future of literature,” said Atom Atkinson, Chautauqua’s director of literary arts. “With this new prize, Chautauqua seeks to challenge audiences by celebrating literature’s most talented and provocative emerging voices. It’s a special honor to have a literary innovator like Kazim Ali as our inaugural guest judge.”

Chautauqua Institution President Michael E. Hill applauded the generosity that created the prize, saying, “We are deeply grateful to Twig and Barbara for celebrating a re-energized plan for the literary arts by making this new Chautauqua Janus Prize possible. It will join The Chautauqua Prize in helping grow our literary arts program into a broader consciousness, and we are grateful for their leadership.” Entries for the inaugural Chautauqua Janus Prize will be accepted from Jan. 17 to March 31, 2018. Visit chq.org/janus for more information about eligibility and submission guidelines.