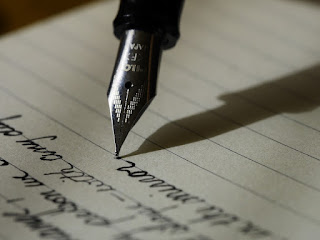 A writing student at the University of Pittsburgh at Bradford has recently been recognized and published online.

Isaac Payne, a sophomore English and writing major from Kane, attended the Alpha Science Fiction, Fantasy, and Horror Writing Workshop in Greensburg in August. During the 11 days that he was there, he met with critically acclaimed speculative fiction authors Tamora Pierce, Alyssa Wong, Daniel Jose Older, E. C. Myers, and worked with other staff members invested in the field. The purpose of this workshop was to develop writing skills for improving speculative short stories, and to gain feedback from peers and staff.

Payne used the knowledge gained at Alpha in order to earn an Honorable Mention in the 2017 Writer’s of the Future Award for his short story “The Pursuit of Luck,” which also appears in the 2018 edition of Baily’s Beads. He also has flash fiction forthcoming from The Corvid Review.

“Isaac is an inventive writer with impressive initiative,” said Dr. Nancy McCabe, professor of writing and director of the Pitt-Bradford program. “I was pleased that he was able to attend the workshop and create an extensive portfolio that gave him credits toward his degree.”

The 2018 issue of Baily’s Beads, Pitt-Bradford’s student literary magazine, will be unveiled at 7:30 p.m. Jan. 24 in a celebration to be held in the Mukaiyama University Room of the Frame-Westerberg Commons. The public is welcome.

The magazine was edited by Payne and Shahada Thomas, a writing major from Chester.