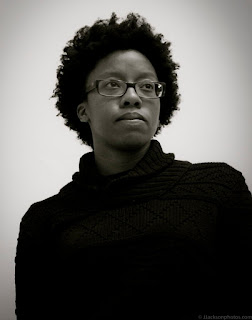 One of the most prestigious prizes in contemporary poetry, the award recognizes a first volume by a poet of promise.

“Bestiary,” which was a finalist for a Lambda Literary Award in 2017, presents readers with a rich catalogue of legendary beasts and fantastic creatures that express familiar human struggles with identity, love, fear, and understanding even as they look back to the mythical past. The book was long-listed for the National Book Award in poetry in 2016, and was also named one of the New York Times’ best poetry books of the year.

“Winning the Kate Tufts is such a tremendous and unexpected honor,” said Kelly.

Kelly, who came to St. Bonaventure in the fall of 2016, teaches creative writing and 20th century American literature.

Dr. David Hilmey, dean of the School of Arts and Sciences at the university, said the award is well deserved and adds to Kelly’s impressive resume.

“Dr. Kelly’s Tufts Award is an outstanding achievement for a truly remarkable poet. We are thrilled with the news and know how deserving Dr. Kelly is for such an award,” he said.

“Even more remarkable is her ability to be both a world-class poet with such a wonderful reputation, while also being an outstanding teacher and mentor to so many students on campus and within the community. I cannot say enough in congratulating Dr. Kelly on this highly prestigious award.”

The Kate Tufts award is one of two poetry awards based at Claremont Graduate University. The Kingsley Tufts Award is one of the largest annual monetary prizes given to a single book of poetry by a mid-career poet. The award was established at CGU in 1993 by Kate Tufts to honor the memory of her husband, Kingsley, an executive in Los Angeles-area shipyards who also wrote and published poetry.

A year after establishing the award in her husband’s memory, Kate Tufts established the Discovery Award to celebrate and support the work of a promising new poet. Past Kate Tufts Discovery Award winners include Yona Harvey, Charles Harper Webb, and Lucia Perillo.

The 2018 Kingsley Tufts award winner is Patricia Smith and her collection “Incendiary Art: Poems,” which explores such topics as the violence done to black men and the grieving of black mothers.

Smith and Kelly’s books were chosen from a pool of some 470 titles submitted for consideration.

“Kate would have been so pleased to see another impressive group of finalists in both categories this year,” said Lori Anne Ferrell, a Claremont Graduate University professor and director of the Kingsley and Kate Tufts Poetry Awards, in a written statement. “And I think she would have been thrilled to see the awards going to Smith and Kelly, whose works engage with and challenge the world in such powerful, poignant, and unexpected ways.”

The poets will be recognized during a ceremony and reading April 19 in San Marino, Calif.