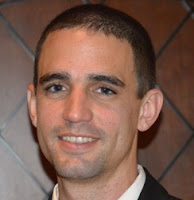 Rhone’s book offers a case in favor of Tolkien, Lewis, Chesterton, and MacDonald’s similar Christian perspectives, countering a concept introduced in the late 1970s by author Humphrey Carpenter. Carpenter argued against the idea of the Inklings (an Oxford based literary group including both Tolkien and Lewis) sharing a Christian perspective in their writing. Rhone’s book is one of only a few that offers an alternative view.

“The research in The Great Tower of Elfland demonstrates how significant a single belief – in this case, a deep faith in Christ – is in shaping a worldview,” he notes.

Tolkien, Lewis, Chesterton, and MacDonald shared many beliefs: their views on language, the human journey, and others. According to Rhone, they believed that language is flawed, but it can be used effectively, as in myths and fairy-tales, to reveal powerful truths. These stories often show parts of the human experience and what it means to be human.

The authors, Rhone adds, utilized paths and roads as metaphors for the human journey. While parts of the journey are fated to happen, Tolkien, Lewis, Chesterton, and MacDonald also believed that each person has the opportunity to choose which path to take to reach these fated moments. Rhone further discusses the authors’ shared views on topics including evolution, ethics, civilization, and theology.

Rhone’s book, published by The Kent State University Press, is available at Amazon, Barnes and Noble, Target, and other retailers.