The Doobie Brothers in Salamanca

February 14, 2019
The sounds of Classic Rock will echo through the Southern Tier when The Doobie Brothers perform at Seneca Allegany Resort & Casino on Saturday, April 13th at 7pm. Tickets go on sale Friday, January 18th at Noon. 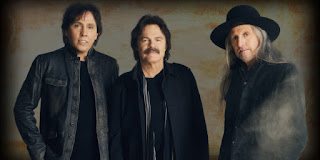 The Doobie Brothers have been Rock & Roll stalwarts for more than 40 years. From their breakout record, Toulouse Street, through to today, the band has mixed rugged rock with three-part harmonies and rootsy, introspective acoustic flavors to create a sound and style all their own. Along the way, they have produced a mountain of hits songs, like “Listen To The Music,” “China Grove,” “Black Water,” “Takin’ It To The Streets,” “Long Train Runnin’” and many, many more. Across the decades, The Doobie Brothers have used their ever-evolving sound and energy to connect with a legion a fans, selling more than 48 million records worldwide, earning four Grammy Awards, and earning a place in the Vocal Group Hall of Fame.
Tickets on sale January 18th at Noon!  Tickets start at $45.  TO PURCHASE TICKETS for Seneca Allegany Shows: Tickets may be purchased at any Seneca Resorts & Casinos location, online at ticketmaster.com, at any Ticketmaster location or order by phone by calling 1-800-745-3000.
For more information on this event please visit https://senecaalleganycasino.com/events
Seneca Allegany Events Center The Doobie Brothers