'The Vagina Monologues' at Pitt-Bradford 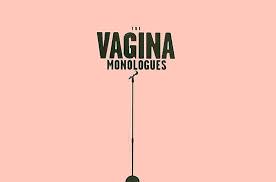 Students and faculty will present “The Vagina Monologues” next week at the University of Pittsburgh at Bradford.

The shows will take place at 8 p.m. Feb. 19 and 20 in the Studio Theater in Blaisdell Hall. Tickets are $3 each for the public, $2 for faculty and staff, free for Pitt-Bradford students and $1 for other students. Proceeds from the show benefit the Bradford YWCA and V-Day, an organization that promotes ending violence against women and girls through performances of Eve Ensler’s Tony Award-winning show.

Ensler interviewed more than 200 women of various races, ages, and sexual orientations, discussing their experiences as women and their perspectives of stigmas surrounding topics such as abuse, rape and the LGBTQ+ community. Her interviews became the basis for “The Vagina Monologues,” which debuted in 1994 in New York City.

Both empowering and educational, the production challenged the heavily conservative, patriarchal narrative commonly unaddressed by society. It encouraged women to love themselves, acknowledge their experiences, and spark new dialogue directed at unity and anti-violence.

Annually, V-Day permits universities to produce multiple pieces of work written by Ensler, including the Vagina Monologues, to raise money for an anti-violence agency of their choice. The Pitt-Bradford show is being presented by the university’s Gender Equity Club and the Gender, Sexuality and Women’s Studies Minor.

Tickets for the show will be available for sale at the door.

pitt-bradford University of Pittsburgh at Bradford