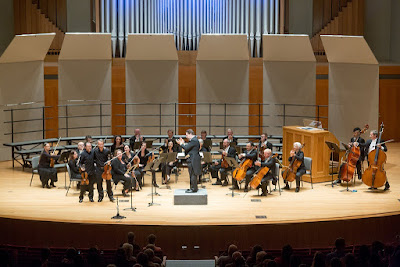 This is the sixth presentation in the Friends of Good Music’s 2018-2019 performance season.

The program, titled “Ebony and Ivory,” opens with Cortese conducting Respighi’s “Ancient Airs and Dances: Suite No. 3,” followed by Fisher performing Haydn’s “Piano Concerto in C-Major.” After intermission, Fisher will be joined by trumpeter James Francisco in a performance of Shostakovich’s “Concerto No. 1 for Piano, Trumpet and String Orchestra.”

The Western New York Chamber Orchestra has a 32-year history of excellence serving Chautauqua County. The musicians’ love of music and of this orchestra brings them from all over Western New York and Pennsylvania to rehearse and perform together. This ensemble of outstanding players includes faculty at the State University of New York at Fredonia’s School of Music, and professional musicians from the Buffalo, Rochester and Erie areas. 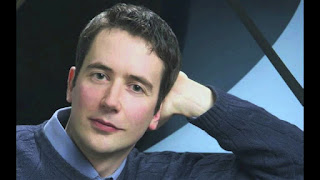 Pianist Fisher is widely recognized as a unique performer of refined style and exceptional versatility. International tours as a prolific soloist and ensemble musician have taken him across his native United Kingdom to Italy, Austria, Denmark, Finland, Switzerland, Norway, Kenya, Zimbabwe, the Ukraine, and the United States.

Fisher made his New York debut in 2002 at Alice Tully Hall, performing Rachmaninov’s Third Piano Concerto under the baton of Maestro Larry Rachleff. His debut CD with the Naxos label, “Handel Keyboard Suites Vol. 1,” was released in early 2010 to great critical acclaim and hit the U.S. Classical Billboard Chart within the first week of its release. Volume 2 of the set was released in 2015 to further acclaim.

His release on the Chandos label, “Piano Works by The Mighty Handful,” was featured on Classic FM as John Suchet’s Album of the Week, as Classical Album of the Week in The Telegraph, and was nominated in the Best Solo Instrumental Album category of the 2012 International Classical Music Awards.

Francisco has served as principal trumpet for the Western New York Chamber Orchestra since 2002. An active performer and soloist in the Western New York area, he performs regularly with the Niagara Frontier Brass and the Rockwell Brass, and is active in pit orchestras for local musical and opera productions for Artpark, MusicalFare Theater, the Palace Theater and Nickel City Opera.

He has performed with members of the Buffalo Philharmonic Orchestra, the International Baroque Soloists, as well as the stage orchestras for Michael Feinstein, Dave Brubeck, Marvin Hamlisch, and Aretha Franklin.

For each Friends of Good Music performance, The Quick Center will open its galleries one hour before the performance and keep them open throughout the intermission. Regular gallery hours are noon to 5 p.m. Monday through Friday, and noon to 4 p.m. Saturday and Sunday.

Museum admission is free and open to the public year round. For more information, visit www.sbu.edu/quickcenter.