Poet Laureate of Mississippi to Speak at Pitt-Bradford 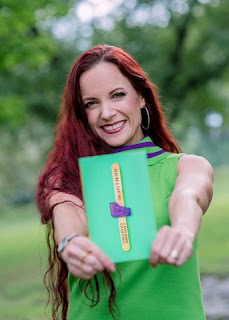 Beth Ann Fennelly, poet laureate of Mississippi, will speak March 19 at the University of Pittsburgh at Bradford.

Her talk, which will take place at 7:30 p.m. in the Mukaiyama University Room of the Frame-Westerberg Commons, is free and open to the public. The presentation is part of the university’s Spectrum arts series as well as programming for Women’s History Month.
“I am really excited about being able to bring Beth Ann to campus,” said Dr. Nancy McCabe, professor of writing and director of the writing program.
“I read one of her poems 20 years ago and was so bowled over by it that I’ve followed her career closely ever since. My students have loved the work of hers that I’ve assigned in class. I’ve heard her speak and found her riveting, with a wicked sense of humor, warmth and insight that I think others will also find inspiring.”
Fennelly teaches in the Master of Fine Arts program at the University of Mississippi, where she was named Outstanding Teacher of the Year.
She has won grants and awards from the National Endowment for the Arts, the United States Artists, a Pushcart Prize, and a Fulbright fellowship to Brazil.
A graduate of the University of Notre Dame, she was the first woman honored with the university’s Distinguished Alumni in the Arts Award.
Her poetry has been included in more than 50 anthologies, including “Best American Poetry” in 1996, 2005 and 2006, “The Book of Irish American Poetry from the Eighteenth Century to the Present,” and “The Penguin Book of the Sonnet.”
Increasingly, she has turned to prose and has written for Garden and Gun, O an Oprah Magazine, Country Living and Southern Living.
In 2013, she and her husband, Tom Franklin, co-authored a novel, “The Tilted World,” that has been translated into six languages.


Her newest book is “Heating & Cooling: 52 Micro-Memoirs.” She and Franklin live in Oxford, Miss., with their three children.
Beth Ann Fennelly pitt-bradford University of Pittsburgh at Bradford Women's History Month