The Allegheny National Forest announced their ATV trail system will be closing for the season on September 30, 2012. They also announced plans for two of the trails in the system, Timberline and the Marienville ATV trail, to re-open on October 13 and 14 to provide riders with an opportunity to view the area’s fall colors from the trails. The remainder of the trails in the ATV trail system will not be open during that weekend event. The ATV/Bike trails close annually on the last Sunday of September to allow for maintenance of the system. Annual heavy maintenance will occur over the entire system and block paving will occur on several hill climbs. According to Marienville District Ranger Rob Fallon, “accomplishing this maintenance in October and November takes advantage of the good fall weather and provides a better, safer system for our riders.” The Timberline, Marienville ATV and Rocky Gap trails are scheduled to re-open for winter riding on December 20, 2012, however win
Post a Comment
Read more 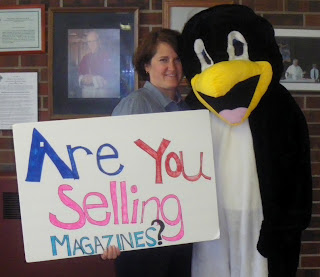 St. Bernard Elementary/Middle School is in the midst of its signature event, the annual magazine drive. Each year, students are charged with the fundraising endeavor, which is a significant means to generate operational funds for the private school. Part of the motivating force for 2012, is a challenge to be one of three top selling classes, which if successful, will enable the classes to travel to the Erie Zoo. A special attraction at the zoo is the penguin exhibit, so the excitement is building for a trip to see a rare sight in our small part of the northern hemisphere. “Upping the ante” a bit is the opportunity for the most successful seller in the school to take the reigns as principal for the day. Mrs. Kim Mooney, Principal, is excited to see the number of students taking this opportunity to support the school, so seriously. “The students take such pride in this effort. I am happy to encourage them to continue on through September 25th, the end of the sale, and develop the
Post a Comment
Read more 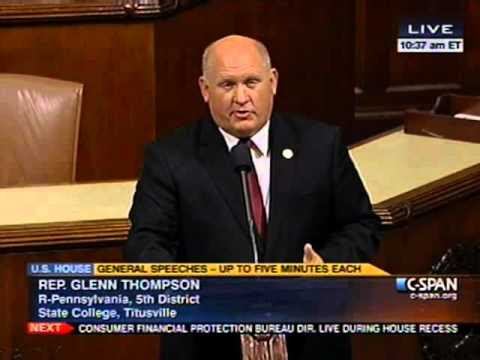 Washington, D.C. – U.S. Representative Glenn 'GT' Thompson today voted to support H.R. 3409, the Coal Miner Employment and Domestic Energy Infrastructure Protection Act, a package bills that protect American jobs and support U.S. energy production. The measure passed the U.S. House of Representatives by a vote of 233-175. “This legislation will end overly burdensome regulations that are destroying jobs and business expansion across the commonwealth, guard against higher electricity rates for consumers, and promote states’ rights when it comes to environmental protections,” said Rep. Thompson. Thompson serves on the House Natural Resources Committee, one of three committees with jurisdiction over the legislation, in addition to the House Energy and Commerce and House Transportation and Infrastructure Committees. Joined by coal workers from across the country, members of all three committees, including Thompson, held a press conference before passage of H.R. 3
Post a Comment
Read more 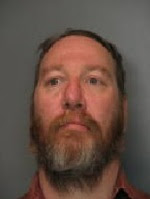 Police are looking for a man who left a controversial homeless shelter for ex-cons in Jefferson County back in August. 51-year-old Jeffrey Lorenz was staying at the Just for Jesus shelter near Brockway, but left on August 15 and hasn’t been seen or heard from since. Lorenz is a convicted sex offender and has not registered a new address with police. He was convicted in 2000 of aggravated indecent assault in Indiana County. The victim was younger than 13. The news leader of the Twin Tiers ... since 1947
Post a Comment
Read more 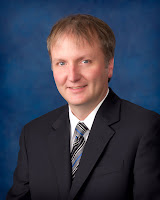 The University of Pittsburgh at Bradford will combine two popular events, its Executive Speaker Series and its Career Networking Luncheon, for Alumni and Family Weekend. Douglas E. Kuntz, president and chief executive officer of Pennsylvania General Energy Co. of Warren, will speak at the annual luncheon, which will be held from 11:30 a.m. to 1 p.m. Friday, Sept. 28, in the Mukaiyama University Room of the Frame-Westerberg Commons. The cost for adults is $10, and the public is welcome to attend. Reservations can be made at www.upbalumni.org/afw through Wednesday. Kuntz, a 1988 graduate of Pitt-Bradford in the geology and petroleum engineering programs, began as a petroleum geologist at PGE in 1987. In 1997, he became development manager for PGE and was promoted to vice president of development and operations in 2001. Kuntz served as executive vice president from 2003 until 2006, when he was named president and CEO. PGE has a 30-year
Post a Comment
Read more

Destinations-Bradford is holding a outdoor wear giveaway September 25th - 27th from 1-4 pm. each day. This program is FREE and open to the public. This program is offered along with the general outreach through Community Care program. Gently used winter coats, hats, gloves and boots are available while supplies last. Donations are still being accepted throughout the giveaway and any remaining office hours. Remaining supply will be donated and distributed through the Salvation Army later this fall. The free shared clothing closet is scheduled on Wednesday, September 26th from 1-3pm in conjunction with the coat giveaway. Gently used and new clothing is available for all ages and sexes and genders and is available to individuals and their personal household. Destinations-Bradford general hours are Tuesday through Friday, 10-4 pm. at 1 Main Street, or upon appointment. The news leader of the Twin Tiers ... since 1947
Post a Comment
Read more

Tractor-Trailer Flips Over Near Kane

No one was hurt when a tractor-trailer flipped over near Kane this morning. Police say the truck driven by 40-year-old Larry Stromyer of Tionesta was on Route 66 at 8:42 a.m. when the load shifted on a sharp curve. A witness told state police the truck was going uphill slowly and “just tipped over on the curve.” Police say Stroymyer was wearing a seatbelt. The news leader of the Twin Tiers ... since 1947
Post a Comment
Read more 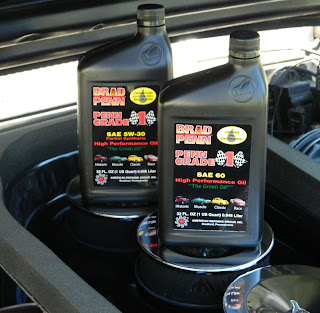 Geoffrey J. " Jack" Meabon, 91, of 49 Edgewood Rd. passed away Friday, September 21, at Bradford Ecumenical Home. Born on November 10, 1920 in Gerry, NY, he was a son of the late Jay Nathan and Lillian (Wilson) Meabon. On March 21,1947 in Jamestown, NY he married Shirley R. Hallock who passed away October 27,2001. He was a 1938 graduate of Bradford High School. He enlisted in the U.S. Army Air Corps on April 10, 1942 and was honorably discharged on December 10, 1945. After his military service, he worked as a truck driver for Leo Zandi and then worked as a machinist for Dresser Manufacturing, retiring in 1982. He was an avid bowler, hunter and fisherman. He is survived by two sons Jay (Jo Anne Bigley) Meabon and Jon (Dorie) Meabon, both of Bradford; a son in law, Carl W. Clark of Bradford; a sister, Geraldine Bryan of Ontario, Canada; a brother, Charles Meabon, of Wilmington, NC. two granddaughters, Jodi Meabon, Jacki (Matthew) Carinci, one grandson, Jace Meabon, fi
Post a Comment
Read more 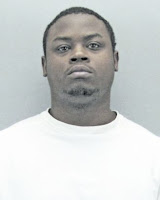 Dunkirk Police are searching for a man they believe shot another man in the leg Thursday afternoon. Warrants have been issued for 27-year-old Brandon Washington, who faces charges of assault and criminal possession of a weapon. He is described as a black man, 5 feet 8 inches tall and weighing 217 pounds. He may be driving a red 2003 Ford Expedition with New York license plate FJY-8504. Police say he should be considered armed and dangerous. The victim was treated at Brooks Memorial Hospital, and then released. The news leader of the Twin Tiers ... since 1947
Post a Comment
Read more

Shinglehouse –Work to repair a bridge on Route 4021 (Honeoye Road) in Potter County will get under way Monday, Oct. 1, and a six-week detour will be in place. The bridge spans Honeoye Creek on Route 4021, just northeast of Shinglehouse. Repairing the bridge will allow PennDOT to remove it from Potter County’s list of structurally deficient bridges and keep it in service for years to come. The bridge was built in 1938, is 74 feet long and carries an average of 833 vehicles per day. In order to make the repairs, a portion of Route 4021 will be closed to traffic, and a detour will be in place. Motorists following the official detour will use Route 4014 (Plank Road), Route 4023 (Eleven Mile Road), and Route 44. PennDOT expects the closure and detour to be in place until Nov. 9. Motorists familiar with the area may choose to use alternate routes. Work will include repairs to the deck, wings, and abutments. PennDOT will re-open the bridge and road sooner than Nov. 9 if work progress al
1 comment
Read more 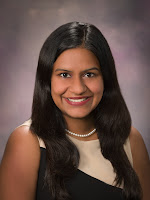 Bradford Regional Medical Center (BRMC) has welcomed Dr. Lakshmi Polavarapu to their Family Medicine & Primary Care Office. Dr. Polavarapu is the newest member of the Foothills Medical Group. Dr. Polavarapu joined Gagandeep Singh, MD, Ann Lee, CRNP, and Nicole Marker-Zewe, CRNP. The Family Medicine & Primary Care Office is located at 116 Interstate Pkwy., Suite 41, Bradford, PA 16701. Dr. Polavarapu completed her residency at Genesys Regional Medical Center in Grand Blanc, MI, and obtained a distinction in internal medicine, physiology, and pathology at the Kamineni Institiute of Medical Sciences where she obtained her Bachelor in Medical and Bachelor in Surgery (M.B.B.S). Dr. Polavarapu is a member of the American Academy of Family Physicians. For appointments with Dr. Polavarapu call 814-368-7777. The news leader of the Twin Tiers ... since 1947
Post a Comment
Read more

By Rachel Farrell St. Bonaventure University invites the public to hear Mike Davis as he speaks about his inspiration to pursue an urban farming endeavor near his home in Detroit, Mich. The talk, sponsored by the university’s Russell J. Jandoli School of Journalism and Mass Communication and Clare College, will begin at 4:30 p.m. Wednesday, Sept. 26, in the Walsh Amphitheater on campus. Davis, who has created public service campaigns garnering some of the world’s major advertising awards, also has firsthand knowledge of the transforming power of urban farming through the impact of his project, Hamtown Farms, on his own community. Others have referred to a Chinese proverb about teaching a man to fish when speaking of the urban farming movement. After reading many positive success stories on the subject, a valid re-write of the quote for this generation might be, “Give a man produce and you feed him for a day; teach a man to grow produce and you feed him for a lifetime.”
Post a Comment
Read more

Acclaimed Trio to Perform at Pitt-Bradford 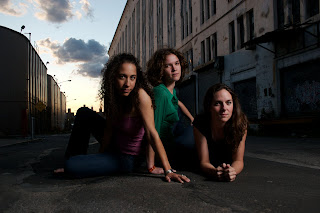 Acclaimed trio janus will perform on Friday, Sept. 28, at the University of Pittsburgh at Bradford. Flautist Amanda Baker, violist Beth Meyers, and harpist Nuiko Wadden will take to the stage of Harriett B. Wick Chapel at 7 p.m. The performance is free and is an offering of the university’s Spectrum Series. Janus has prepared a diverse program of 20th- and 21st-century chamber music. It includes Claude Debussy’s seminal “Sonata for Flute, Viola and Harp,” Toru Takemitsu’s “And then I Knew ‘Twas Wind,” and works by active composers Jan Bach, Cameron Britt, and Martin Matalon.   “It may sound unusual, but flute, viola, and harp make for a gorgeous ensemble,” said Dr. John Levey, assistant professor of music. “The musicians in janus are top-notch, and I couldn’t be more excited about the pieces they’ve programmed. I think the trio’s versatility and technical brilliance will really be on display.” Named for the Roman god whose two-faced images gazes toward both future and past, Bro
Post a Comment
Read more
More posts