In order to be 100 percent fair, I give you the complete, unedited audio of tonight's Bradford Mayoral and McKean County Sheriff debates: Go to WESB.com/listen , click on the "Local Programs" tab and then scroll to #56 for mayor and #214 for sheriff. (They are in alphabetical order.) The news leader of the Twin Tiers ... since 1947
Post a Comment
Read more 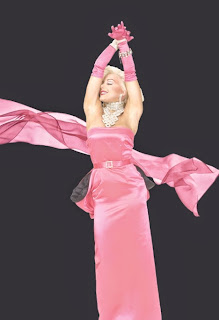 Bradford Creative & Performing Arts Center (BCPAC) is pleased to present the award-winning, one-woman play “Marilyn: Forever Blonde,” starring actress Sunny Thompson as Marilyn Monroe. The performance will take place at the Bromeley Family Theater on Friday March 11, 2016 at 7:30 p.m. “Marilyn: Forever Blonde” tells the actress’ story in her own words and music. The play, directed by Stephanie Shine, premiered in 2007 in Hollywood, where Thompson won the prestigious “Lee Hartgrave Fame Award” for Best Acting. “Marilyn: Forever Blonde” has won a dozen major awards, including “Best Special Theatrical Event of the Year” and “One of the Year’s Top Ten Productions.” The play has had rave revues throughout the U.S., Canada, New Zealand and most recently London’s West End. “This is Marilyn’s story in her own words and music, not studio press agent hype and not the words of hundreds of authors who have attempted to tell her story from their own personal point of view,” said Greg Thomps
Post a Comment
Read more
More posts