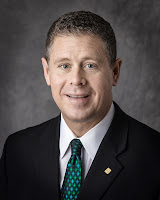 William M. “Bill” Guthrie has joined Northwest Savings Bank as Corporate Senior Vice President and Senior Executive of the bank’s Wealth Management Division. Gregory C. LaRocca, Executive Vice President of Northwest Savings Bank, made the announcement. In his new position, Mr. Guthrie will be responsible for the management and delivery of investment and trust services, customer relationship management, business development and all other aspects of the operations and personnel of the Wealth Management Division across the four-state footprint of the bank. Mr. Guthrie brings extensive experience in trust, investments and wealth management to his new position. He served most recently as Senior Vice President and Director of Endowments and Foundations for Regions Institutional Trust in Birmingham, Alabama. Prior to that, he served as a Senior Vice President and Director in the Private Client Group of National City Bank. He also held positions at PNC Bank and Mellon Bank. A native o
Post a Comment
Read more

December 29, 2012
Sylvia R. Platko, 96, formerly of 33 Nookside Lane, passed away Friday, December 28th, at The Pavilion at BRMC. Born April 28, 1916, in Bradford she was the daughter of the late Rocco and Rose D. (DePalma) Rich. On September 16, 1940, in Bradford, she married Andrew Platko, who died in June of 1977. Mrs. Platko was a graduate of Bradford High School. She along with her husband opened the S & A Grocery Store in the late 1950s. The store was located on the corner of North Bennett and State streets and closed in 1982. She later for 10 years at the Chestnut Street Uni Mart. Surviving is a son, Richard C. Platko, of Bradford, three grandchildren; Jennifer Culligan, Lisa Platko Auteri and Richard Platko and one great granddaughter Mersaydes Dillaman. She was preceded in death by her parents, husband and a sister, Lillian Rich who died in 1984, At the family's request there will be no visitation. Private services will be held at the convenience of family. Burial will be in S
Post a Comment
Read more
More posts