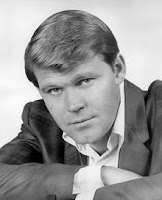 ( From CNN ) Glen Campbell, the upbeat guitarist from Delight, Arkansas, whose smooth vocals and down-home manner made him a mainstay of music and television for decades, has died following a battle with Alzheimer's disease, his family announced on Facebook. He was 81. Campbell is best remembered for a string of country-inflected hits that ran from the mid-'60s to the late '80s: "Gentle on My Mind," "Rhinestone Cowboy," "By the Time I Get to Phoenix," "Wichita Lineman," "Galveston," "Southern Nights" and "The Hand That Rocks the Cradle" among them. They fit in neatly on both pop and country radio, with two of them -- "Rhinestone Cowboy" and "Southern Nights" -- hitting No. 1 on the Billboard Hot 100. He was also famous for "The Glen Campbell Goodtime Hour," a TV variety show that ran from 1969 to 1972. In 2011, he announced he had Alzheimer's. Despite the diagnosis, h
Post a Comment
Read more
More posts