A Pennsylvania judge has struck down a law requiring voters to show photo ID at the polls, saying the requirement imposed "unreasonable burden" on voters and represented "a legislative disconnect from reality." State Judge Bernard McGinley's ruling comes nearly two years after civil and voters' rights groups challenged the law, which Gov. Tom Corbett signed in March 2012. It never went into effect because of the court case. Supporters contend the law would prevent voter fraud. The news leader of the Twin Tiers ... since 1947
Post a Comment
Read more

The former Bradford paramedic who stole drugs from the fire department has pleaded guilty in McKean County Court. 32-year-old Brandon Landuyt was taking morphine from unopened vials and refilling them with saline. He also kept morphine that was left over after giving it to patients, and doctored paperwork to cover up the thefts. He is scheduled for sentencing on February 27. Landuyt was fired in August but had not been working with the fire department since the charges were filed in July. The news leader of the Twin Tiers ... since 1947
Post a Comment
Read more

Former Buffalo Bill Thurman Thomas has been appointed vice chairman of the New York State Tourism Advisory Council. Governor Andrew Cuomo made the appointment earlier today, saying Thomas has shown a commitment to New York on and off the field, and will be using his experience to help make upstate New York a premier destination for visitors from around the globe. The Hall of Fame running back said he knows how important it is to Cuomo that Buffalo and Western New York receive the proper representation and promotion, and he’s looking forward to making that happen. The news leader of the Twin Tiers ... since 1947
Post a Comment
Read more

Nearly 900 charges against a Port Allegany man accused of sexually abusing a girl have been bound to McKean County Court following a preliminary hearing today in front of District Judge Bill Todd. 65-year-old Gordon Link is accused of sexually assaulting a girl repeatedly from the time she was 5 years old until she turned 15. He remains in McKean County Jail on $150,000 bail. The news leader of the Twin Tiers ... since 1947
Post a Comment
Read more

More Frigid Temps on the Way

Brockway Teacher Finalist for
National Teacher of the Year Award

For the first time ever a Pennsylvania teacher is a finalist for the National Teacher of the Year Award. Ryan Devlin, a teacher at Brockway Area High School for seven years, has been selected as one of four finalists for the award. Last year, he was Pennsylvania’s teacher of the year and was the first teacher in this region to receive that award. “We congratulate Ryan for receiving this high honor,” Senator Joe Scarnati said. “Being nominated for the national teaching award is a tremendous achievement and testament to his engaging and innovative approach to helping students learn. Our community is very fortunate to have outstanding teachers, like Ryan, who focus their lives on helping students reach their full potential.” “We are truly fortunate that Ryan has dedicated his career to teaching students in the community where he grew up,” State Representative Sam Smith said. “Ryan’s dedication to his profession shows that he truly cares about young people and continually goes the
Post a Comment
Read more

The US Marshal’s Office and Cattaraugus County Sheriff’s Office are continuing to investigate the death of a federal prisoner in the county jail in Little Valley. They say the man was found dead of an apparent suicide on Wednesday. He was in the custody of US Marshals and had been in the county jail for six days. The man’s name has not been released yet. The news leader of the Twin Tiers ... since 1947
Post a Comment
Read more

The Kane woman charged with involuntary manslaughter for a car crash that killed her daughter, nephew and four other people had been scheduled for a preliminary hearing today in McKean County Central Court, but that’s been moved to January 27. 37-year-old Kathleen Douglas is also charged with six counts of homicide by vehicle while under the influence, as well as multiple counts of aggravated assault by vehicle, and a number of other offenses. Police say Douglas was driving her SUV on Route 219 at the Meade Run Road intersection on the afternoon of August 31 when it crossed the center line and hit a car head-on. Her 12-year-old daughter Olivia Douglas and 6-year-old nephew Jarrett Costanzo were pronounced dead at the scene. Douglas and her 10-year-old son were flown to trauma centers for treatment of serious injuries. 62-year-old Gary Beimel, 55-year-old Elaine Beimel, 54-year-old David Cuneo and 81-year-old Florence Donachy, all of St. Marys, were also pronounced dead at the scene
Post a Comment
Read more

Olean Man Still on the Loose 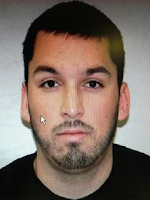 A 23-year-old man Olean man is still on the run after allegedly assaulting a woman outside Cuba Town Court Tuesday night. Cuba Police and state police attempted to take Giovanni Salmonson into custody after they say he attacked the woman outside the courthouse, but he ran into a wooded area. The state police K-9 officer lost his trail in a creek bed. Authorities believe he is still in the Cuba and Olean area. He is considered armed and dangerous and is wanted on a felony warrant for intimidation of a witness and criminal obstruction of breathing. The woman, who is a witness in a case against him, wasn’t hurt. The news leader of the Twin Tiers ... since 1947
Post a Comment
Read more 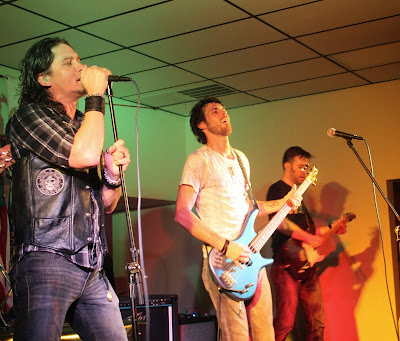 The final total is in for Friday’s Madison Rising concert that was also a benefit for the PA Wounded Warrior Project. $5,500 was raised during the event. The concert was held at the VFW Events Center, where Vet Jam is scheduled for April. It will be another fundraiser for a veterans organization. The news leader of the Twin Tiers ... since 1947
Post a Comment
Read more 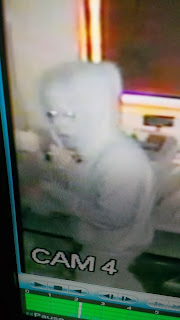 City police are investigating a string of burglaries that happened between 10 o’clock last night and 2 o’clock this morning, and may include another break-in on Sunday. The overnight burglaries happened at the First Presbyterian and St. Bernard’s Catholic churches on East Corydon Street as well as the Farm Restaurant on East Main Street. Police say each of the burglaries involved forced entries into the buildings and property was taken. City police have also been investigating a similar type burglary Sunday at The Learning Center on Jackson Avenue. As with the other burglaries, force was used to enter the building and minor damage was done, assistant chief Mike Ward said in a news release. Police say they have no indication whether the commercial burglaries are related to the recent string of occupied home burglaries, the news release said. They are asking all residents and business owners to continue to check their doors, windows and other access points to make sure they are secur
2 comments
Read more

Bizzarro to Perform at Carnegie Hall

There’s an old joke that asks, “How do you get to Carnegie Hall? … Practice.” All that practice – and talent – is taking Bradford Area High School student Melanie Bizzaro to Carnegie Hall next month. Melanie and nearly 300 other students from high schools around the world have been selected from among more than 5,000 applicants to participate in the High School Honors Performance Series. The news leader of the Twin Tiers ... since 1947
Post a Comment
Read more

An Olean man who stole guns, electronics and other items between July and August of 2012 has been sentenced to 3 ½ to 7 years in state prison. 28-year-old Henry Spencer was convicted of two counts of burglary for incidents in Portville, Hinsdale and Ischua. When police executed a search warrant where they believed Spencer and his co-defendant were holed up, they found six firearms, 50 marijuana plants, packaged marijuana, a car, drug paraphernalia, electronics, ammunition and several other items. Spencer has also been ordered to pay restitution. The news leader of the Twin Tiers ... since 1947
3 comments
Read more

Besides Saturday’s arson on East Main Street, City of Bradford Police over the weekend investigated a possible burglary on Jackson Avenue, an assault on South Center Street and motor vehicle accidents on Mechanic and Congress streets. Officers also looked into disturbances South Center and West Washington streets as well as Walker Avenue, and reports of disorderly conduct on Davis and Main streets. Police got reports about a traffic/parking problem on Main Street, a public drunk on Davis Street, a curfew violation on East Corydon Street, trespassing on North Bennett Street, animals on East Main Street and suspicious activity on West Corydon Streets. The news leader of the Twin Tiers ... since 1947
Post a Comment
Read more

Another Arson in Bradford

City of Bradford Police are investigating a second arson within a week. The latest was Saturday night at 338 East Main Street, where a blaze damaged a three-apartment building. Only one of the apartments was occupied. The resident got out safely and is being assisted by the Red Cross. On Wednesday a fire in a vacant apartment on West Washington Street was determined to be arson. Anyone with information on either fire is asked to contact City of Bradford Police. You can use the anonymous tip line at CityofBradfordPolice.com The news leader of the Twin Tiers ... since 1947
Post a Comment
Read more

Fire damaged a Cattaraugus County home this morning and shut down part of Route 62 for several hours. The fire started at about 9:30 a.m. and heavily damaged the two-story house. Everyone was able to get out safely. The New York Department of Transportation originally said Route 62 from Route 241 to Flat Iron Road could be closed for up to six hours. It reopened at 12:40 p.m. Five fire companies battled the blaze. The news leader of the Twin Tiers ... since 1947
Post a Comment
Read more

The Kane man accused of throwing a hammer at a state trooper has waived his preliminary hearing. Back in October, police were called to Jo Jo Road for a domestic incident, and that’s when 22-year-old Justin Feilkles allegedly threw the hammer at State Police Cpl. David Smith. Smith wasn’t hurt. Feikles is charged with aggravated assault, simple assault and harassment. He’s free on bail. The news leader of the Twin Tiers ... since 1947
Post a Comment
Read more
More posts