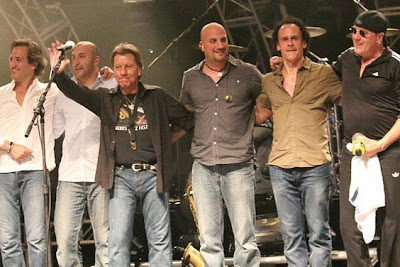 BCPAC is bring the sounds of Billy Joel -- and others -- to town at 7:30 p.m. Dec. 12 at Bradford Area High School with Mike DelGuidice & Big Shot. Billy Joel himself has said, “they had a hard time convincing me that it wasn’t me.” Earlier this year, BCPAC executive director David Fillenwarth and board president Shane Oschman had the fortune of seeing this band live in New York City. “There was no way I was going to let Dave keep his job if he didn’t book this band,” Oschman joked. “Bradford is in for a treat ... this is Billy Joel’s Band … and Mike’s vocals are dead on. Close your eyes and you’ll swear its Billy Joel.” “Nobody is going to walk away from this show disappointed. I’m proud to have the opportunity to bring these musicians to Bradford.” Fillenwarth added. “This show is one that you don’t want to miss.” Tickets are priced at $38 each and will be available for season subscribers in July, and for the general public on Aug. 3. Additional information will be fo
Post a Comment
Read more
More posts