Showing posts from February 4, 2018
Show all 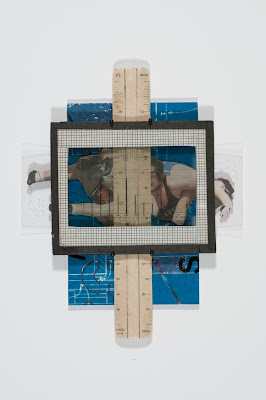 Award-winning collage artist Gerald Mead will show 25 years’ worth of work in an exhibition opening at the University of Pittsburgh at Bradford on Friday. The show opens with a reception at 7 p.m. Friday in the KOA Art Gallery in Blaisdell Hall and will be on view through March 15. It is free and open to the public. Gallery hours are 8:30 a.m. to 8 p.m. Monday through Thursday and 8:30 a.m. to 6 p.m. on Friday. Mead, who lives and works in the Buffalo, N.Y., area, is known for creating small two- and three-dimensional collages. His work is included in the permanent collections of the Albright-Knox Art Gallery, George Eastman House/International Museum of Film and Photography, Brooklyn Art Library and the International Museum of Collage, Assemblage and Construction. Works by Mead have been exhibited in museums and galleries throughout the United States and six other nations and are published in five collegiate textbooks. Mead has long been intrigu
Post a Comment
Read more

Baily’s Beads, the literary magazine of the University of Pittsburgh at Bradford, and student writer Shahada Thomas have both received awards from the American Scholastic Press Association for the magazine’s 2017 issue. For the fifth time, the association named Baily’s Beads the Most Outstanding Literary Arts Magazine, awarding it a near-perfect score and First Place with Special Merit. Editors of the 2017 issue were writing majors Colin Almeida of North Wales and Stephanie McFall of Smethport, and Amy Gaberseck of Smethport, an interdisciplinary arts major who served as the head editor of layout and design. Faculty advisor Dr. Nancy McCabe, professor of writing and director of the writing program, said, “These awards are due to contributions from the entire staff, but I especially would like to credit designer Amy Gaberseck, whose hard work, talent and high professional standards brought this issue to the highest level it’s ever been, in my opi
Post a Comment
Read more
More posts