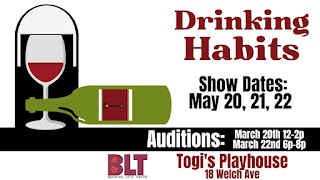 Event by Bradford Little Theatre Togi's Playhouse Duration: 2 hr Public   · Anyone on or off Facebook Auditions for Tom Smith's "Drinking Habits" are now open!    "Drinking Habits" is a farce in two acts featuring an ensemble cast. About the show, from the publisher, "Accusations, mistaken identities, and romances run wild in this traditional, laugh-out-loud farce. Two nuns at the Sisters of Perpetual Sewing have been secretly making wine to keep the convent's doors open, but Paul and Sally, reporters and former fiancees, are hot on their trail. They go undercover as a nun and priest, but their presence, combined with the addition of a new nun, spurs paranoia throughout the convent that spies have been sent from Rome to shut them down. Wine and secrets are inevitably spilled as everyone tries to preserve the convent and reconnect with lost loves." The cast calls for 5 women and 3 men, 18+.   For more information and a full cast list
Post a Comment
Read more 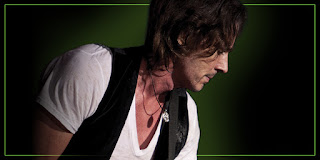 From “Jessie’s Girl” to “Don’t Talk to Strangers”, Rick Springfield’s career erupted in the 1980s and has continued to flourish through the decades. Now an accomplished author and partner in the rum business, Rick Springfield brings classic hits as well as some new sounds to the stage in one incredible show.       Saturday, June 25 • 8 PM   Seneca Allegany Event Center   Tickets | $25, $45, $65 Public On-sale: Fri, March 18 at 12 PM
Post a Comment
Read more

In my opinion this is pretty close to a perfect movie.  The writing and directing are perfect and every actor gives a flawless performance. What more can you ask for?
Post a Comment
Read more 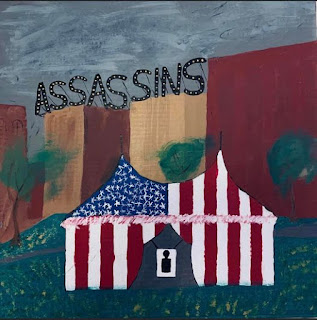 Actor William Hurt passed away March 13, at the age of 71. His death comes after a public battle with prostate cancer. Mr. Hurt was a versatile performer who performed regularly Off Broadway between stints as a successful character actor in Hollywood. From 1977 to to 1989, he was a member of the Circle Repertory Company. While a member of the company, Mr. Hurt received an Obie Award for his appearance in Corinne Jacker's My Life , and won a 1978 Theatre World Award for his collective performances in Fifth of July, Ulysses in Traction , and Lulu . In 1979, Mr. Hurt played Hamlet  opposite Lindsay Crouse and Beatrice Straight , before finding film stardom in the neo-noir film Body Heat .  Read more here:  https://www.playbill.com/article/actor-william-hurt-passes-away-at-71?fbclid=IwAR23VGaw2rz9oiwx-JEN8S3tlrmbLUY1hptrPIsngugzRsQo-J2a2L71P7k
Post a Comment
Read more

Art in the Garden Tour & Gala 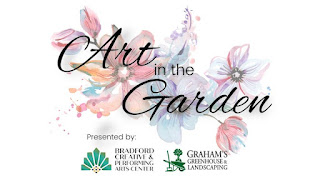 Take a tour of the beautiful gardens around Bradford and then join us for an evening of music and food. Tickets will go on sale later this spring.   Each garden will be unique and wonderfully crafted by its owner. At each location there will also be art of some kind, whether it be visual or performing, there will be something at each location for everyone to enjoy!    We will end our event with a special Gala at Graham’s Greenhouse and Landscaping. The gala will include complimentary wine and dessert along with a food truck and music from Jim Ronan and Dana Jared.
Post a Comment
Read more

Nearly 30 years after its release, “Philadelphia” is still one of the most powerful films I've ever seen. Tom Hanks plays Andy, the high-powered lawyer who gets fired because he has AIDS, although the law firm's partners deny that, and claim he was fired because of poor performance and almost loosing a big client. His character doesn't go through a lot of emotional or mental changes, but the physical transformation from a fairly healthy-looking man to a man literally on his death bed is remarkable. Denzel Washington's character, Joe, changes the most, going from someone who was scared after learning he shook the hand of someone (Andy) who had AIDS, and being disgusted by gay men, to developing an affection and respect for Andy. Andy hires Joe, an “ambulance chaser,” to represent him in a lawsuit against the law firm when every other lawyer he contacted turned him down. The supporting cast is phenomenal. Among them, Jason Robards as a law firm partner, Joan
Post a Comment
Read more

Art in the Wilds Accepting Applications 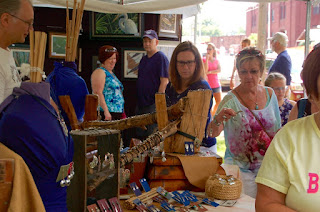 Art in the Wilds.org photo Art in the Wilds is currently accepting applications for this year's event. This juried art show will be held rain or shine from 10 a.m. to 5 p.m. on June 25 and 10 a.m. to 4 p.m. on June 26 at Evergreen Park in Kane, PA. For more information: http://www.artinthewilds.org/artist-info.html
Post a Comment
Read more

Sally Kellerman Has Passed Away

Actress Sally Kellerman has died. She was the original ”Hot Lips” Houlihan in the movie M*A*S*H in 1970. Kellerman was 84.
Post a Comment
Read more

There's been a lot of speculation about how "This is Us" will end. I'm not going to try to tie up all the story lines but I do have an idea about one. You know how in the movie "Titanic" when Rose died her younger self reunited with Jack? That's how I see Rebecca and Jack's story ending. Her younger self will reunite with him in some heaven-like place and he'll be holding baby Kyle. I have ideas and wishes for the other stories (like Kevin and Madison get back together) but haven't really thought them out that much. However it ends, though, I'll be sad that it's over. I'll be especially sad if Mandy Moore doesn't win the Emmy she's deserved since the show started.
Post a Comment
Read more

I didn't hear about “State of the Union” during its first season (I was in a bad place mentally then.) but saw a preview for the current season with Patricia Clarkson (one of my favorites) and Brendan Gleeson, and decided I should check it out. Sundance TV's “State of the Union,” is a short-form series written and created by Nick Hornby and directed by Stephen Frears. It consists of 10 10-minute segments featuring couples discussing their problems right before going to a marriage counseling session. Chris O’Dowd and Rosamund Pike played Tom and Louise during the first season and were discussing whether their marriage could and should be saved after she cheated on him. Through their humorous but serious conversations we learn why she cheated and what got them both to that point. We also learn about how they met and much, much more. I was amazed at how much could be jammed into 10 minutes. Clarkson and Gleeson are a very different couple and are seeking counseling for
Post a Comment
Read more

Fridays in Ireland: West Coast of Ireland by Conor Murphy 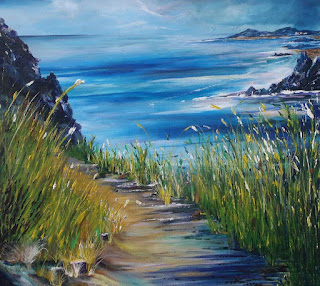 “What's Up Doc?” remains, in my opinion, one of the funniest movies to ever come out of Hollywood. Fifty (gulp!) years later, it still holds up. This farcical tale centers on four identical overnight bags that get mixed up causing all kinds of hilarious trouble. One of the bags is full of expensive jewelry; another, top-secret government papers; another, igneous rocks belonging to Dr. Howard Bannister (Ryan O'Neal); and the fourth, the clothes and belongings of Judy Maxwell (Barbra Streisand), who seems to cause problems wherever she goes. The bags get mixed up in a San Francisco hotel when people are trying to steal the jewels and the government papers and get the wrong ones. Another mix up – perpetuated by Judy – is that the man giving Howard grant money believes Judy is his fiance, Eunice Burns (Madeline Kahn). Eunice – again, thanks to Judy – is eventually kidnapped by the people trying to steal the jewels. When everyone realizes there are actually four identical b
Post a Comment
Read more 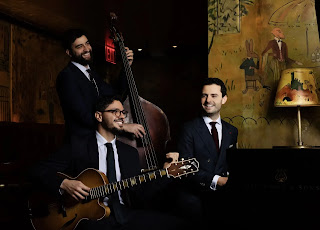 After studying jazz piano in his native Australia, Konrad moved to the US and toured extensively with jazz greats like trumpeter James Morrison and with the John Pizzarelli Quartet, leading to over 1000 performances in just four years. In 2017 he became artistic director of the legendary Ballroom on the West Coast and founded his own trio. Their focus is on standards—tunes collectively known as the American Songbook. Direct, simple, yet intriguing they improvise solo narratives with toe-tapping nonchalant grace. March 3, 2022 7:30 to 9:30 p.m. Regina A. Quick Center for the Arts at St. Bonaventure University For more information:  https://www.friendsofgoodmusic.com/performances
Post a Comment
Read more 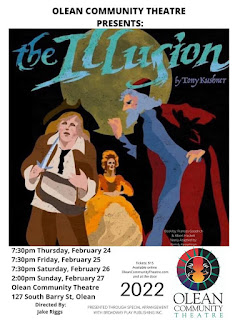 Anyone who has had to deal with an addiction – their own or a loved one's – will be able to relate to the characters in “Four Good Days.” Anyone who hasn't should consider themselves lucky, and may learn something from the movie. Glenn Close, who is good in everything she does, plays the mother of Molly (Mila Kunis), a young woman who has been battling a heroin addition for years. We learn later that, like so many others, her addiction started when she was prescribed opioids after an injury. Close's character, Deb, doesn't want to let Molly back into her life when her strung out daughter knocks on her door because Deb's been through the lying, the stealing and, of course, the relapse into drug use so many times before. She does give in, however, and takes Molly to a detox facility. As Molly is getting discharged, a doctor tells her if she can stay clean for four more days she can get a shot to help her fight her addiction. During those four days we see Moll
Post a Comment
Read more 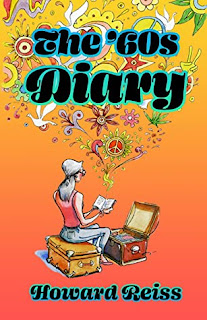 The '60s Diary is a coming of age story with a twist: 70-year-old Rose is reading the diary she started when she was 10-year-old Rosie. The story alternates between Rosie's diary entries and Rose's comments on them. Because, obviously, Rose knows what's coming next she also comments on that and occasionally wishes she could warn Rosie or give her advice on what's ahead for her. The story centers on Rosie and her boyfriend Bobby, who she met in grade school after he moved from California. It includes everything you would expect from a first-love story, and a little bit more, but the author tells it so beautifully it doesn't seem old or trite. Readers know very early on that Rosie and Bobby don't end up together, but we don't know why until a bit later. The events leading up to that “why” aren't explained until the last part of the book. We also learn about Rosie's mother, a stay-at-home mom who wanted to be a teacher, but married yo
Post a Comment
Read more
More posts