Marion A. Williams, 96, formerly of 52 Derrick Road, passed away Friday, December 14, 2012, peacefully, in the Bradford Ecumenical Home. Born September 9, 1916, in Rocky Grove, she was a daughter of Clarence and Iva (Rhodes) Nicklin. She was a 1934 graduate of Bradford High School. On March 10, 1938, in Chanute, Kansas, she married Ernest E. Williams, who died on June 21, 2009. She was a member of the First Presbyterian Church as well as the Bradford Chapter of the Eastern Star. Surviving are two sons, Terry (Dianne) Williams of Phoenix, Arizona, and Thomas (Doris) Williams of Upper Darby; one grandson Judd Williams Parker in Colorado; two great grandchildren; and several nieces and nephews. She was preceded in death by her parents, husband, one grandson Jeffrey Williams, one sister June Nelson and one brother Tom Nicklin. Family will be receiving friends Wednesday January 9, 2013 from 10:00am to 11:00am in the First Presbyterian Church at which time funeral and committal s
Post a Comment
Read more 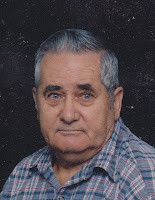 Harry E. Lingaton, 75, of 1241 South Kendall Ave., Bradford, passed away, Thursday, January 3, 2013, in Bradford Regional Medical Center. Born June 13, 1937, in Bradford he was a son of the late Theodore J. and Rhoda M. (Clark) Lingaton, Sr. On June 11, 1960, in Kane he married Joyce E. (Stiles) Lingaton who survives. Mr. Lingaton attended Bradford Area Schools. On February 2, 1961 he enlisted in the United States Army and was honorably discharged February 1, 1963. He had worked at W.R. Case & Sons Cutlery, Airco Speer, Dresser-Clark in Olean, Custer City Oil Company where he retired. After retirement he worked as a security guard at Zippo. He was a member of the National Rifle Association. He was awarded his high school diploma on June 7, 2012, the thirteenth veteran to be honored with a diploma through the Operation Recognition Act. In addition to his wife of 52 years, he is survived by a daughter, Stacy (Jason) Dorhman, of Texas, and a son, Michael (Sherry) Lingaton, o
Post a Comment
Read more 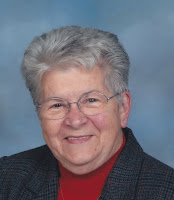 Mary G. Lockwood, 83, a loving mother and grandmother, of Emerald Isle, Smethport, passed away Monday, December 31, 2012 at the Bradford Regional Medical Center. Born January 19, 1929 in Olean, she was a daughter of Joe and Nancy G. (Aaron) Kerr. She attended Otto-Eldred High School. On July 19, 1947 in St. Raphael Church in Eldred, she married Willard A. Lockwood, who died on October 27, 1995. She was employed at McCroy's 5 & 10 and later at Zippo Manufacturing Company. She was member of St. Elizabeth Church in Smethport. She enjoyed working crossword puzzles, table puzzles, and after her husband death was able to travel throughout the world. Surviving is one son, Thomas W. Lockwood of Smethport, two grandchildren: Kim Lockwood-Harris of Erie, and Thomas W. Lockwood Jr. of Lewis Run, 5 great grandchildren, one sister Joan Goff of Lockport, one brother Richard Kerr of Duke Center, and several nieces and nephews. She was preceded in death by her parents, husband and one dau
Post a Comment
Read more 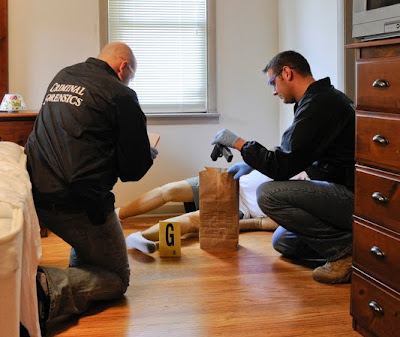 The University of Pittsburgh at Bradford has introduced two new minors in the field of criminal justice, criminal forensic studies and legal studies. The criminal forensic studies minor codifies work students have been doing in the campus’s Crime Scene Investigation House. Having the minor on their transcripts will highlight students’ experience and expertise in criminal forensics, said Dr. Tony Gaskew, director of the criminal justice program and associate professor of criminal justice who will serve as the program coordinator for both new minors. Gaskew added that students have requested the minor. In addition to existing courses in the CSI lab, the minor also includes a computer information systems and technology course designed to give students a basic understanding of computer forensics. “We have a good variety of courses,” Gaskew said. A total of 20 credits are required for the minor, which also includes Introducti
Post a Comment
Read more 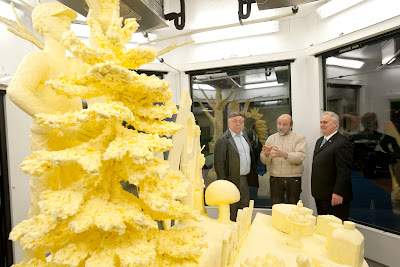 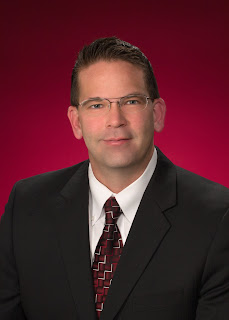 Jeff Zewe, RN, MBA, chief nursing officer at Olean General Hospital (OGH) , has been appointed Chief Nursing Officer at Bradford Regional Medical Center (BRMC). Zewe will continue in his current position as Olean General Hospital’s chief nursing officer and began his new responsibilities at BRMC effective January 1, 2013. After a national search and assessing many external candidates for the CNO position at BRMC, it became clear that Jeff Zewe’s nursing experience and background were superior to that of any other candidates considered for this position,” said Timothy J. Finan, president and CEO of Upper Allegheny Health System, Bradford Regional Medical Center and Olean General Hospital. “By virtue of his work within the Upper Allegheny Health System, Jeff already has an understanding of BRMC and has existing professional relationships with many of the hospital’s nursing managers.” “Jeff Zewe’s depth of knowledge of clinical nursing, nursing education and training and ex
Post a Comment
Read more 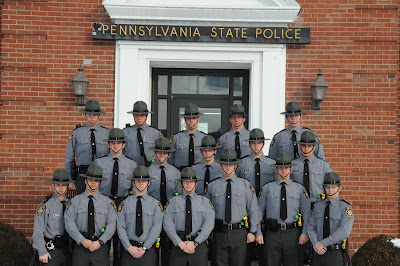 January 03, 2013
A Salamanca woman is accused of hitting her boyfriend in the head with a shovel early on New Year’s Day. Sheriff’s deputies say that at around 4:45 Tuesday morning, in Salamanca, 19-year-old Courtney Crouse hit the man, who they did not identify. Crouse was sent to jail without bail for the domestic violence incident, and was also arrested on a warrant for a previous incident involving assault, harassment and endangering the welfare of a child.
Post a Comment
Read more

January 02, 2013
James M. Stinson, 86, of 57 Bellview Ave. Bradford, passed away Wednesday, January 2, 2013, in Bradford Regional Medical Center. He was born in Erie on March 21, 1926, a son of Myrtle (Barnes) and James M. Stinson. On April 21, 1956, in Rew, he married Mary (Harlan) Stinson who survives. Mr. Stinson was a 1944 graduate of Bradford High School. He enlisted in the United States Marine Corp on March 17, 1944, and served during World Ward II in the Pacific Theater, and stateside during the Korean War. He was honorably discharged on May 12, 1951. He and his father co-owned the Tarport Inn. He then worked at Seaboard Financial Company, and later worked in the construction business. Prior to his retirement he worked for the Pennsylvania Department of Revenue. He was a member of the US Marine Corps League, 1st Marine Division and the Marine Corp Heritage Center at Quantico, VA. He served on board for the McKean County Board of Assistance. He enjoyed watching Bradford Area High School spor
Post a Comment
Read more 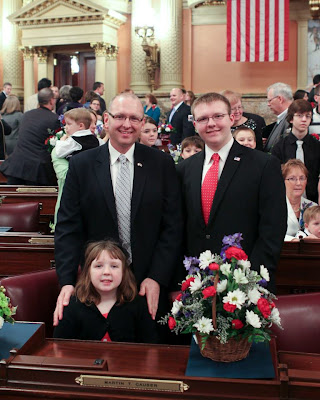 Penn State Issues Statement Harrisburg – Governor Tom Corbett today announced that he is suing the National Collegiate Athletic Association (NCAA), calling its sanctions against Penn State University arbitrary and illegal, saying they would result in irreparable economic damage to the university, the commonwealth and its citizens. “Penn State football has played a major role, not only as a focus of campus life, but as a generator of revenue for a proud university, a leading tourist attraction and a creator of jobs in the state," Corbett said. “In the wake of this terrible scandal, Penn State was left to heal and clean up this tragedy that was created by the few. The students, the alumni, the board, the administration and faculty all came together at that moment and began to rebuild. “At that same time, while the healing was taking place, the NCAA piled on, choosing to levy, in their words, ‘unprecedented sanctions’ against Penn State and its football program," Corbett sa
Post a Comment
Read more

January 02, 2013
A South Carolina man is accused of using vulgar language on Christmas morning in the Seneca Allegany Casino. Sheriff’s deputies were called to the casino at about 5 a.m. because 45-year-old George Varner of Columbia, S.C., was allegedly causing a disturbance. After being told to leave Varner allegedly used loud and vulgar language while talking to deputies and casino security. He was arraigned on charges of disorderly conduct and trespass, and was scheduled to appear in City of Salamanca Court on Friday morning.
Post a Comment
Read more

January 02, 2013
A New York City resident is accused of stealing a 30-pack of beer from a Allegany County Crosby’s. State troopers got a report on Friday about the theft at the store on Route 19 in the Town of Amity. They arrested 27-year-old Kelly Gallman for petit larceny. He was released with an appearance ticket for Town of Amity Court at 7 p.m. January 9.
Post a Comment
Read more

James E. "Bim" Colligan, 85, a beloved husband, father, and grandfather, of 235 Bolivar Dr., passed away Saturday, December 29, 2012 surrounded by his loving family, at the Bradford Regional Medical Center. Born December 26, 1927 in Erie he was a son of the late Francis H. and Frances M. (Fleming) Colligan. He was a 1946 graduate of Bradford High School where he enjoyed playing sports especially basketball. Mr. Colligan was a veteran of the United States Army and served as a paratrooper prior to his honorable discharge. On November 18, 1950 in St. Bernard Church he married Bette J. (Olson) Colligan who survives. He worked as a Real Estate Broker for Francis H. Colligan Agency, a company started by his father in the mid 40's. At the time of his death he was a partner with his son Jim who owns Colligan Real Estate. He was a member of St. Bernard Church, Pine Acres Golf Club, the Bradford Club, the Exchange Club, the American Legion, the Bradford Moose Lodge, and past
1 comment
Read more
More posts