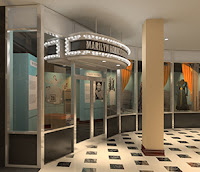 Less than twelve weeks after opening to the public, the Marilyn Horne Museum and Exhibit Center has reached its first 1,000 visitors. While the majority of museum patrons are from the local region, visitors have come from as far away as British Columbia. The museum has been tracking attendance and collecting visitor data since mid-May. A dedicated website, marilynhorne.org was launched in June to help promote the museum and its programming. Those searching online for things to do in the region are finding the museum and coming to Bradford’s historic downtown district to visit. “We are thrilled with the interest in the museum,” said Matthew Hileman, the museum’s manager. “The museum is already fulfilling its mission by providing a quality educational experience to those living in the region while bringing much-needed tourism and interest to Bradford.” In addition to attendance, the museum is building its presence online with followers on social media outlets such as Twitter and Fac
Post a Comment
Read more
More posts