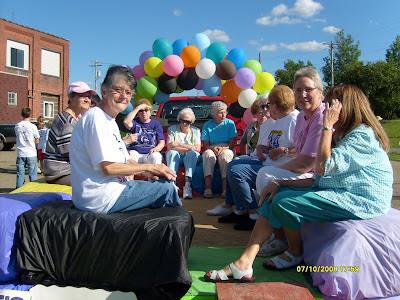 These cancer survivors sit on their float during Kane's Relay for Life parade Thursday. In the following pictures, relay teams and others get ready to march in the parade. 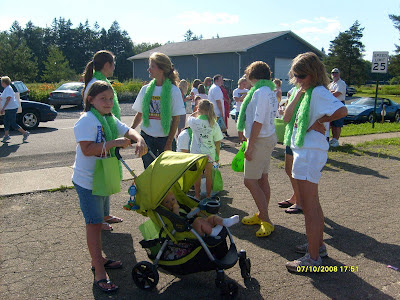 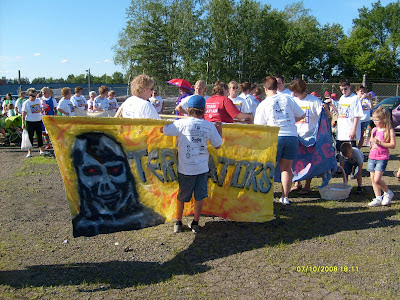 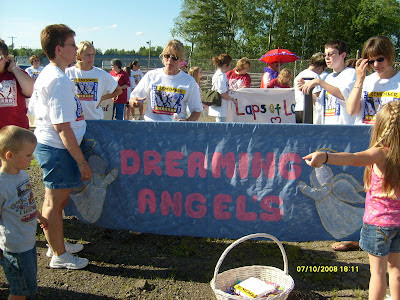 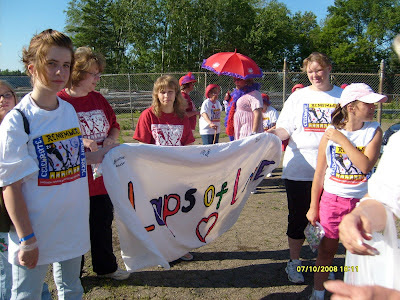 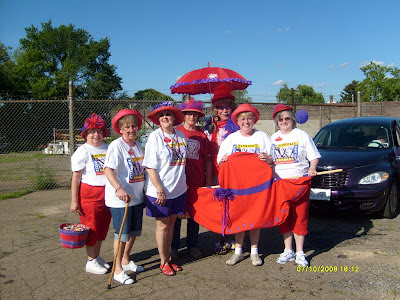 Moments before the largest parade to hit Kane in years, teams gathered, survivors mounted a float decorated in the colors of cancer, Miss Relay contestants, Kane's Prince and Princess, and other dignitaries got in their convertibles, fire trucks, motocylists, ice cream and winery trucks fell in line to launch the 8th annual Kane Area Relay. The survivor and luminary ceremonies and kickoff are Friday night at the Kane Area High School Track. 18 teams are participating this year. The 24 hour relay event is a celebration after a year of fundraising which ends Saturday morning. This year's fundraising goal for Kane is $40K. Barry and Shirley Morgan of Kane planned the well received parade. They also championed community wide fundraising efforts raising well over $5K for the overall Kane Area Relay. They conducted many fundraising events for their own teams.

Below, McKean County Commissioner Joe DeMott makes his way through the parade, while the crowd watches. 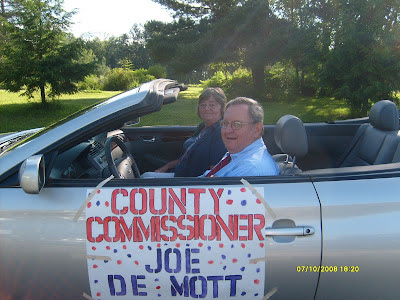 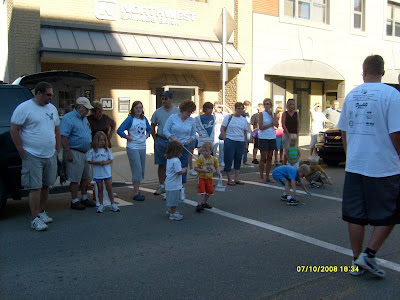 The Relay is at Kane Area High School. Go support these people!
Kane

Bonnie said…
What great photos. What a great parade! WHAT A GREAT RELAY!! Over $62,000 in this town where there is little work and people are paying $4 per gallon for gasoline to drive to work out of town. A great place to live with great people.
July 12, 2008 at 11:07 PM

Anne said…
Thanks to Ruth Peterson for sending the photos! And congratulations to everyone.
July 13, 2008 at 8:11 AM

Shirley and Barry Morgan said…
We would like to say a BIG BIG THANK YOU to all involved that helped to make the Relay Parade a success! Without your help this would have never been possible.
We don't want to name names and take the chance of inadvertently excluding someone.
There were so many dedicated, behind the scenes people that helped to make this happen.
As with any event it takes a group effort not just one person to make things posible!
And in this case we saw a whole town and the surrounding areas pull together to make this Parade and Relay as successful as it was.

We should all be so thankful and proud to know we live in a area with so many wonderful people with such big hearts!!!!!!

A.Akers said…
Thank you, thank you, thank you to everyone who was involved in anyway! You all made this happen! It is so amazing to see how such a small community can and will come together to help out one another. I am so excited to start getting ready for RELAY '09. I hope to see everyone back and maybe even some new faces!! Love to all!!

Oh, and Kelly...your comment is on here, but with the next set of pictures.

Anne said…
Thanks for pointing out that Kelly's comment didn't get lost!

As one of the co-captains for the KCH Kaleidoscopers Relay Team, I want to thank you so much for the online publicity that you provided for the Kane Relay.

We could not be more pleased with the incredible success of this year's Relay and you played an important part in that success.