The man who shot and critically injured a state trooper Thursday afternoon shot himself early this morning as a Special Emergency Response Team unit surrounded his Brockway home.

60-year-old Kenneth Lees Sr. was found dead inside his home when the SERT when into the house at 1 a.m.

The incident began as members of the Pennsylvania State Police and the Jefferson County Drug Task Force were serving a search warrant on the occupants of the Kenneth Lees Sr. residence at 1881 Cemetery Hill Road near Brockway (about 4 minutes from the Main Street Sheetz) at about 2 o’clock Thursday afternoon. 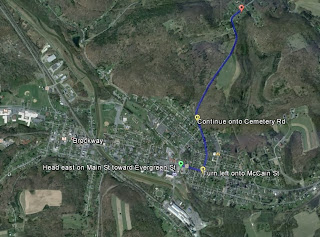 Upon approaching the front door of the residence and announcing their identity and possession of a lawful search warrant, the officers were met with gunfire from an occupant of the home. Trooper First Class Bradley Wilson was struck in the neck and upper torso by two bullets fired from the residence and was immediately incapacitated. Troopers and officers on scene then returned fire and successfully extricated the wounded Trooper from the scene, state police said in a news release.

During a news conference this morning, Jefferson County District Attorney Jeff Burkett said, “Knowing how Trooper Wilson was extricated from that scene by people who were in harm’s way was nothing less than heroic. I can’t hardly think about it without getting emotional when I think about how they selflessly took care of Trooper Wilson. It was an amazing, amazing thing.”

Wilson was taken by ambulance to DuBois Regional Medical Center and, once stabilized, was transferred by medical helicopter to UPMC Altoona for emergency surgery. He was then taken to UPMC in Pittsburgh for further treatment, and remains in critical condition there.

During the news conference State Police Captain Bernard Petrovsky explained that they couldn’t go into the house right away for a number of reasons including concern about other people who could have been inside, and the possibility of dangerous chemicals being inside the home. They were looking for evidence of a meth lab, but declined to say anything further about the drug investigation because it’s ongoing.

Petrovsky said they also had to get people around the house away from the area.

“We wanted to render the scene safe for everybody,” he said.

They also attempted to contact Lees and get him to surrender.

Police issued a Be on the Lookout (BOLO) for Lees Jr. at about 9:30 p.m. When they spotted him he took them on 15- to 20-mile chase. They put “stop strips” down, which incapacitated his vehicle. He then fled on foot. During the foot pursuit, a trooper hurt his back when he encountered a bank in the woods that had a 5-foot drop. He was treated at a hospital and then released.

Burkett said he expects Lees Jr. to be charged with aggravated assault and fleeing and eluding law enforcement. He didn’t say anything about drug charges.

The house remains an active crime scene, but all the neighbors have been allowed to go back to their homes.

Wilson is a 24-year veteran of the Pennsylvania State Police. He has a brother who is a station commander in Clarion and a nephew who is at the State Police Academy in Hershey.

He said Wilson is “a big part of the state police family. This is a big loss for us. We’re a family and when we see something like this it hurts everybody.”

Brockway schools were put on lockdown Thursday afternoon and all after school activities were cancelled. Buses started taking students home at about 6 p.m. Before that, they were served dinner and spent the afternoon watching movies.

Petrovsky said the schools were on lockdown because the situation was “fluid, ongoing” and they didn’t know how many people were in the house.

“We wanted to make sure we had the situation 100 percent contained” before releasing the students, he said.

Anonymous said…
Being a police officer is such a thankless job. So next time you see a police officer, tell him or her how much you appreciate them and the service they provide putting themselves in harms way everyday in order to keep others safe. Thank you Trooper Wilson.
September 28, 2013 at 8:56 AM

Anne said…
Thank you for your comment! Not only do I have a friend who is a police officer I have a cousin who is a New York State Trooper. Also, my uncle is a retired police officer, so I take it very hard every time something like this happens.
September 28, 2013 at 9:54 AM