January 08, 2015
A jury came back with a split decision in the trial of a probation officer accused of making sexual advances toward at least three women he was supervising. 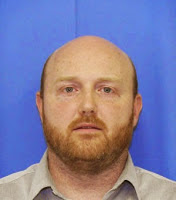 While working as a probation officer in Warren County, Collins was accused of exposing his genitals and engaging in sexual activity in front of one of the women while she was in his office. He also allegedly asked them to take photos or videos of themselves having sex in exchange for favorable consideration involving their probation.

Collins’ lawyer argued that the women – quote – wanted it until it became inconvenient. He also compared the situation to that of former President Bill Clinton, saying he was never charged and obviously had more power than Collins did.

The attorney general’s office hasn’t said yet if they plan to retry Collins on the indecent assault charge the jury couldn’t decide on.